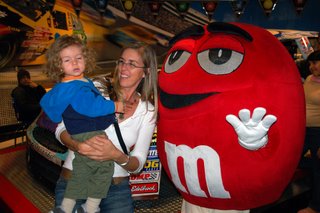 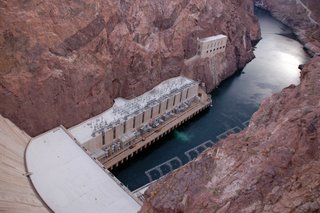 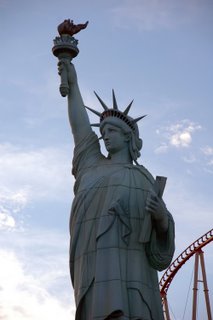 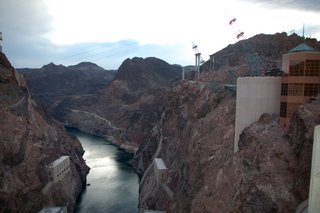 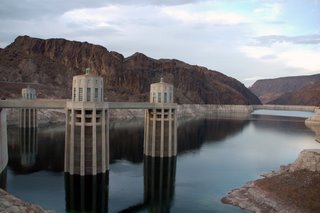 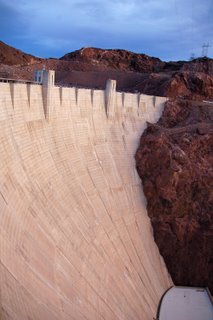 I've become quite a scrooge over the past months and this year more than any other I really just wanted to pretend there was no such thing as Christmas. But, for someone that shops as much as I do, that is of course, impossible. With absolutely no way to ignore it, the only option was to go sit in a smoky room with a bunch of nearly drunk people and throw money straight into the trash can. So, we went to Vegas!

I was pleasantly surprised to see how many people wanted to smoke, drink and gamble for Christmas. We were not alone ;-) The hotels, the strip and of course, the casinos were jammed.

When the money ran out, we drove home via the Hoover Dam. Pretty cool site actually. I've never been overly interested in dams, but this one is spectacular. Aside from the engineering marvel of it all, the designers had some taste and the structures have a nice Art Deco style to them. Dad claims that the urinals in the men's room are even Art Deco.

There were 96 deaths attributed to construction of the dam. Oddly enough, the first was a surveyor that drowned in the river and the last was his son, exactly 13 years later to the day.
at 12:04 AM No comments: