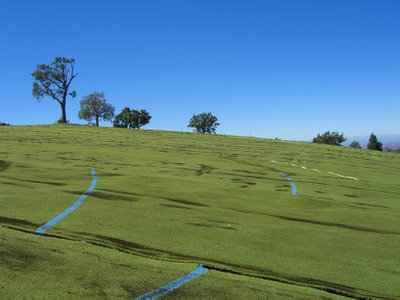 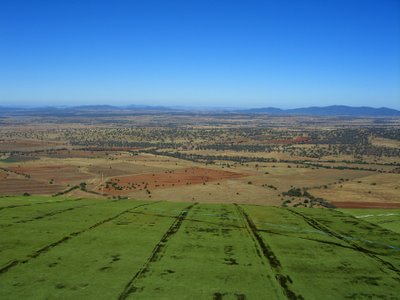 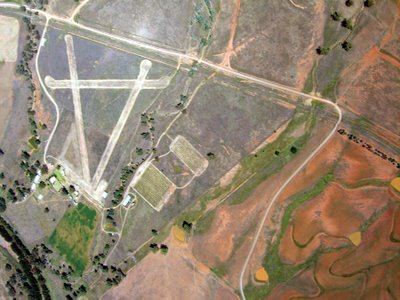 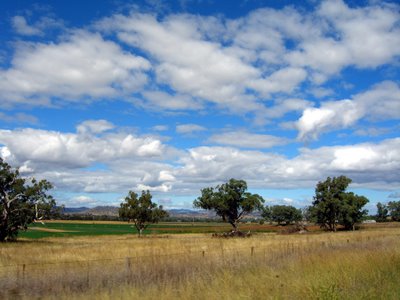 They held the paragliding pre-worlds here a month or so ago, so the road is nicely graded (although still quite steep) and Godfrey completely covered the west facing launch with astro turf. It's really nice and if the flying is no good, pilots could have a game of extreme football.

I had a really great flight on Sunday - and that was very welcomed after such a bad flight the previous day. They guys called a triangle task to the west, south and then back to Manilla and I just had a couple of hours cruising up and down the ridge and back and forth into the valley. I'm loving the glider (mine isn't finished yet, but I borrowed Gerolf's) and I could nearly fall asleep in the new harness....its so comfy and cozy ;-) The landing field at Godfrey's leaves a bit to be desired though. I had one of the roughest, wildest landings of my life and until the last 5 seconds, I was sure I was going to slam into either a barbed wire fence or tree. I'll remember to land someplace else next time! Anyway, here is a shot of the landing field from above and some pictures of the nice launch.
at 6:12 PM No comments: 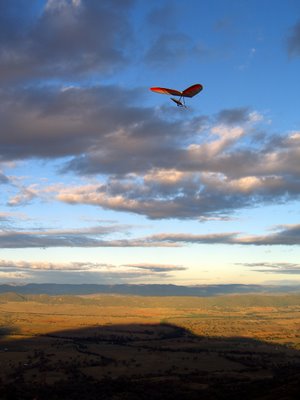 We arrived in Manilla late in the day Friday and it was a bid windy for my taste so Gerolf had a little sunset flight and I just enjoyed shooting video of the kangaroos on the drive down the hill. (Can't post videos unfortunately ;-)
at 6:05 PM 1 comment: 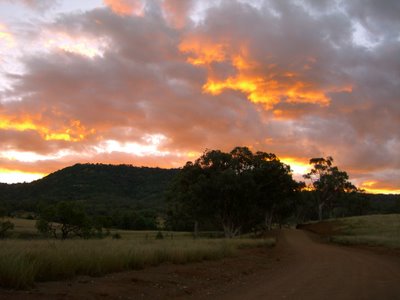 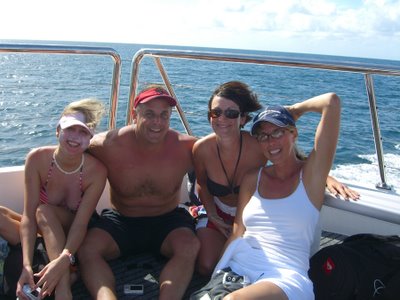 Made some great new friends from the UK on my final dive trip last week. It seems the people traveling alone (all four of us) seem to gravitate toward one another. It was great and I hope to keep in touch with all of them.
at 5:35 PM No comments:

Me and My Dorky Dive Master at the Reef 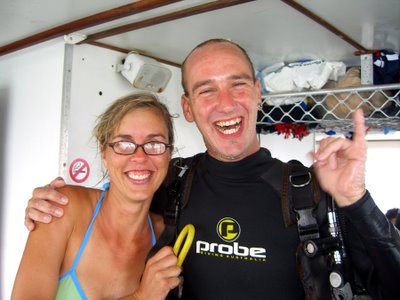 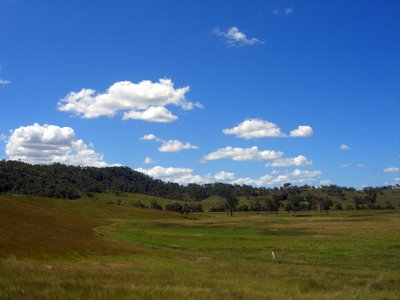 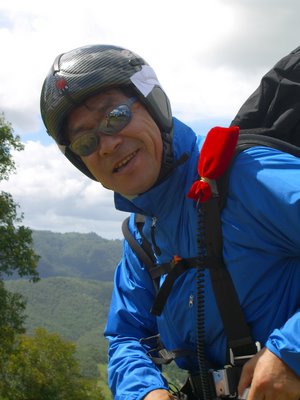 Jonny Launching a Paraglider at Beechmont 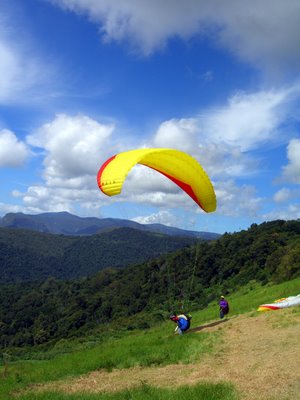 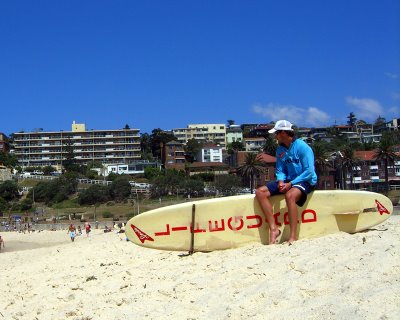 Well here I am back in Australia. Not much to report really, but I have to post something to hush the constant complainers ;-) I've been doing little more than enjoying the Australia scenery (as seen in this photo). I've been beaching and shopping and even working a bit. I accidentally ended up at the Marti Gras parade on Oxford Street Saturday night. I didn't know there were so many gay people in all of Australia. Anyway, it was probably a good parade, but the streets were lined with people standing on little plastic stools that were for sale on every street corner, and so I couldn't see much of anything.

My glider and harness are still being built, but I hope to fly a borrowed glider at Stanwell Park soon. I will also take a little trip up to Cairns to do some diving, probably next week or the week after.
at 11:46 PM No comments: