Did I Forget to Mention that Gerolf Won the French Nationals? ;-) 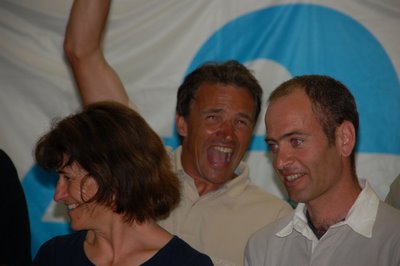 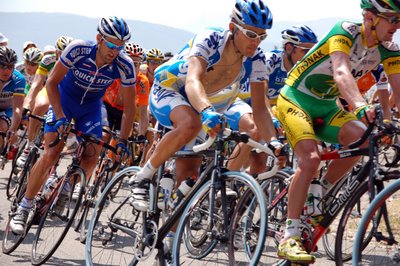 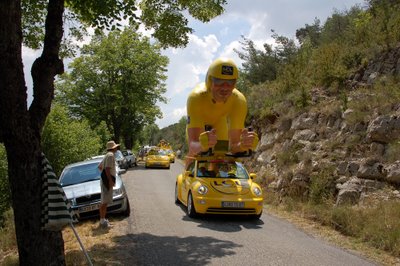 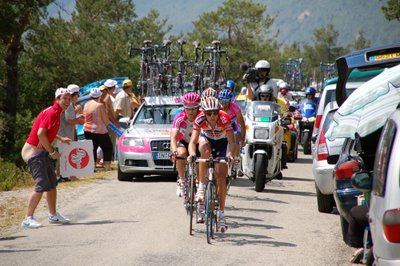 The day after the French Nationals ended, the Tour de France came through Laragne. They closed off the roads fairly early in the morning and we were too lazy to get up at the crack of dawn, so instead we pulled out the map and planned to drive somewhat close and then hike along a ridge to see the race. Luckily, we were able to find a dirt road that got us really close and then we just walked up the pass a few kilometers and waited for them to come up the hill.

What a cool thing to see! I had no idea there would be so much hoopla. The "caravan" comes through for about an hour before the riders and its hilarious - a bit like the Macy's Day Parade. There were "floats" and dignitaries, helicopters, the whole works. The caravan was nearly as cool as the racers and it certainly lasted a lot longer.

The shot with the bare-butted fellow is of the leaders at that point. The closer up shot is the peloton - with Floyd Landis at the far right in the green.
at 8:25 PM 1 comment: 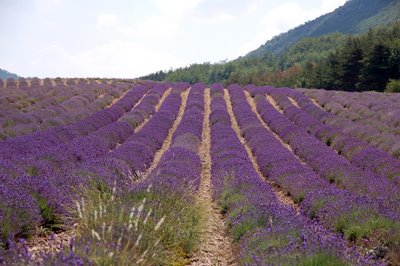 These amazing lavender fields were everywhere in the part of France where we were for the French Nationals. Despite the beautiful aroma, they say it's a really bad idea to land in them because they're swarming with bees!
at 8:21 PM No comments: 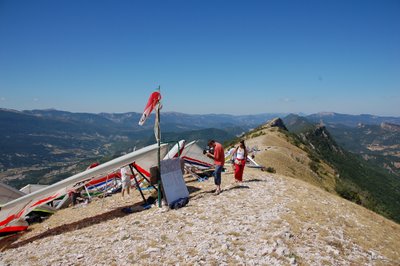 They have a really cool ridge here that they launch from. Its very narrow and you can launch from either side. Makes it good for days like today when the wind was very light and they were unsure about the direction. Just set up in the middle and take off in the direction that looks best!
at 9:05 AM 1 comment:

The Road to Laragne 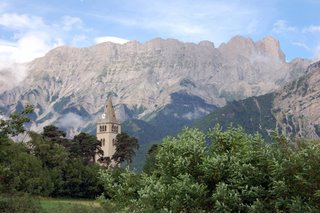 After a few rainy days in Austria, we headed out to Laragne, France for the French Nationals. This is a part of France I had never seen and (like most places new to me ;-) its just beautiful. I don't know what I was expecting really- maybe something similar to Millau- but its much more mountainous than I thought it would be.

The competition is going well so far. There are pilots from Germany, Austria, Italy, the UK, Sweden, Norway and probably a few other countries too. But, mostly there are French guys. They are dominating after the first 2 tasks, but I fully expect those Austrians to catch up soon ;-) I hope to fly here tomorrow or the next day. Being the big chicken that I am, I'm a bit nervous about flying a Litespeed and so, like usual, everything has to be absolutely perfect before I can muster the courage to go for it. What's new.

Last night was the final match of the World Cup- France against Italy. With so many Italians here we figured it would be fun to watch the game with fans from both sides. The entire village of Laragne was out for the game with a big screen in the town square, a small marching band and everyone with French flags painted on their faces. If anyone doesn't know yet, Italy won.

I'll post some random pictures soon.
at 8:21 AM No comments: 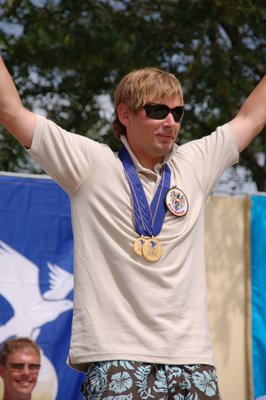 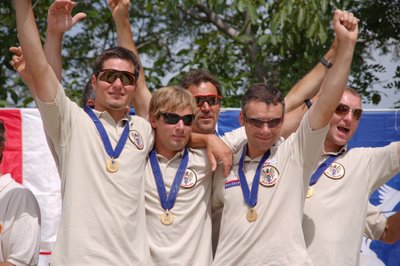 The Europeans ended with a bang on Thursday. After the British team filed a protest the second to the last day, they cancelled the last day of flying because they couldn't find (or didn't want to find) a way to prevent guys from cheating by going over the 7000ft ceiling. It was a bit sad and disappointing not to have a final task. But, what was more disappointing was the behavior of so many pilots at the prize giving the next day. There was so much animosity toward the Brits for filing the protest and as a result, having the last two days canceled. While I understood the frustration on both sides, I thought the behavior of some was so very childish and unsportsmanlike. During the presentation of the team medals, the French (apparently in protest against the Brits, who received the bronze) walked up onto the stage, took their medals and then walked off again. They wouldn't stand on the podium with the Brits. This, of course, was after continuous whistling (which I guess is the equivalent of our booing) by the Swiss team who felt they were robbed of the bronze medal by the protesting Brits. It was about the most disrespectful thing they could have done and I found it rather tasteless. The Brits were fed up with pilots cheating by breaking the altitude restrictions and it seems many of the others (the French and the Swiss) felt like they should be allowed to do as they pleased, despite the disparity between those who cheated and those who chose to obey the rules.

The bottom line is that I don't know what the solution was exactly. But, to those who have the integrity to follow the rules that are laid out for the competition, it is disappointing, to say the least, to watch others cheat without consequence. I thought that cancelling the day wasn't exactly the right decision. Instead they should have simply punished only those that were breaking the altitude restrictions and not the entire field. However, according to a few reports this wasn't feasible because at least 20 pilots did not have 3D GPSs and so their flights/altitudes couldn't be verified. Plus, it would have been somewhat burdensome for the organizers to check every single 3D GPS. The only fix for this would have been either to never mention the rule in the first place, or be prepared to actually punish the cheaters. Seems the organizers just couldn't find the courage to do this.

Anyway, in the end the Austrians won the team Gold and young Michi won the individual goal. Here are a few pictures of some of the happier pilots ;-)
at 8:57 AM 1 comment: