It wouldn't feel like the new year if I wasn't in Forbes.  After a glorious stop in Fiji for a few days, I'm  here looking after my favorite Italians and Wonka boys Filippo, Tullio and Zac.  The landscape is a tad greener than the past few years, but the heat is the usual...stifling!

Moyes put on a very mellow new year's eve dinner at the bowling club, but I think most were gearing up for a full week of flying starting today and so no one partied terribly late....at least it didn't look that way from the briefing this morning.  Everyone was bright eyed and ready to go.

We're starting the year off with a 145 km task down to the southeast, back up north and then into the wind shortly to the west...kind of a dog leg with goal at Mandilla with an old fashion goal line, which according to Zac is "the shits!" (and that's a good thing).

It's cool to see some old faces this year (Gerolf and Gordon), as well as some awesome new ones, especially girls (Sasha and women's world champion Yoko). 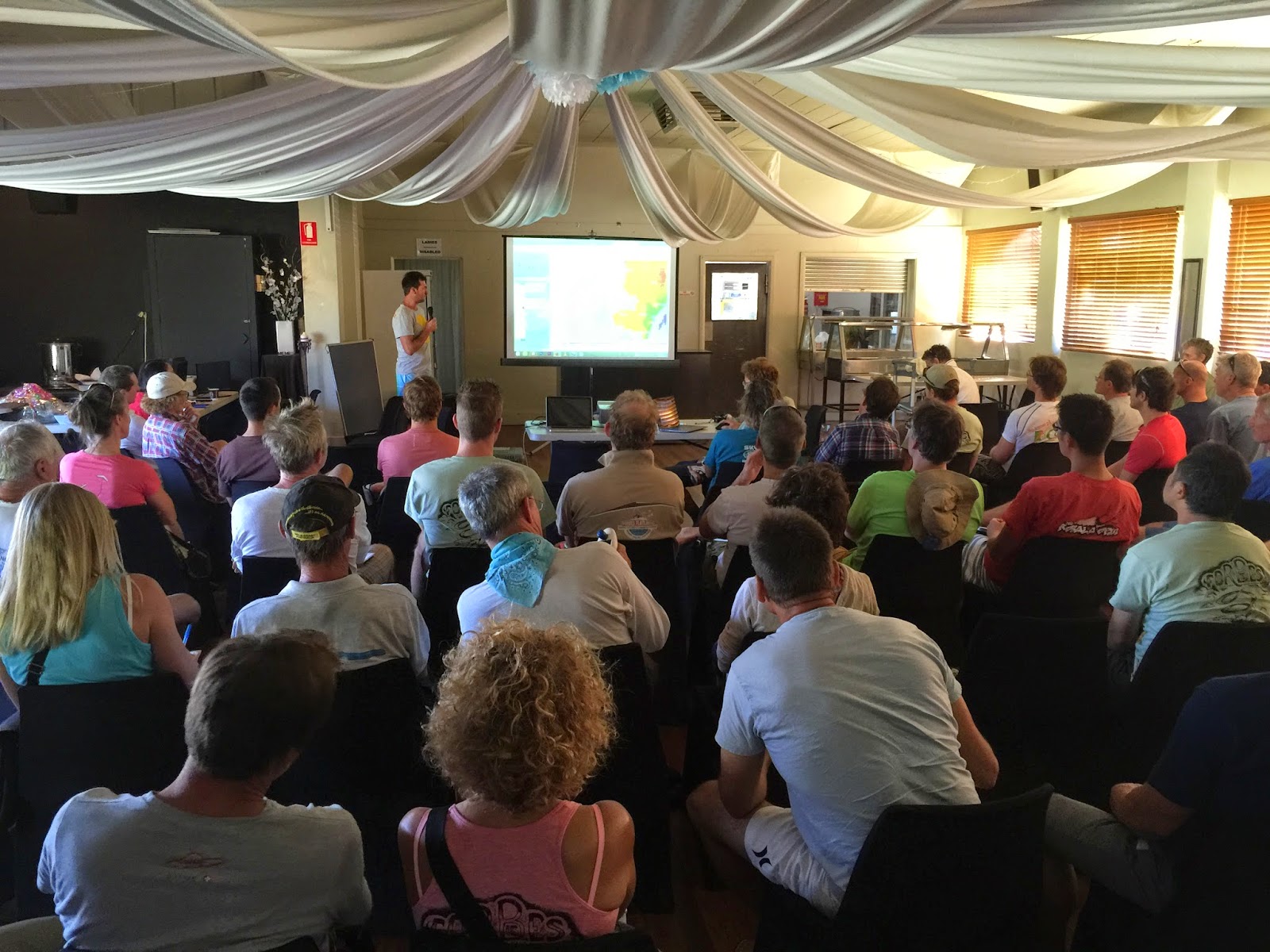