Similar windy conditions today, so the safety committee delayed everything by 20 minutes and then another 20 minutes.  So we ended up starting around the same time as yesterday - pretty late.  The task committee wanted something slightly more challenging, so they set a dogleg with the first leg straight downwind and the second two very much cross wind.  After the second 20-minute start delay, they decided it was getting too late to go with the original task given the relatively long crosswind leg, so they shortened it slightly.  It was a good call as, even then, there were only around 15 at goal. 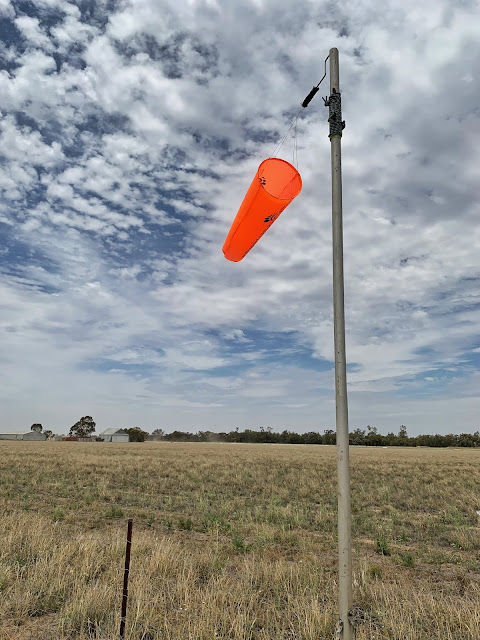 I drove all the way to goal with very little in the way of mobile phone coverage only to arrive at goal and find that my team had all landed short.  Pippo came down at the tow paddock for a second tow, but landed downwind in the middle of a dust devil and broke an upright.  We sped back to the house and got him a new upright, but he didn’t get back into the air until the end of launch.  So he was way behind the gaggle.  He and Vanni managed to get less than 10km short of goal.  But, poor Tyler landed quite short and had to wait out in his field for nearly three hours before we got back to him.  He had a great story about facing (or more like screaming and running from) a snake snuggling up to his harness.  It sure was a beautiful spot though. 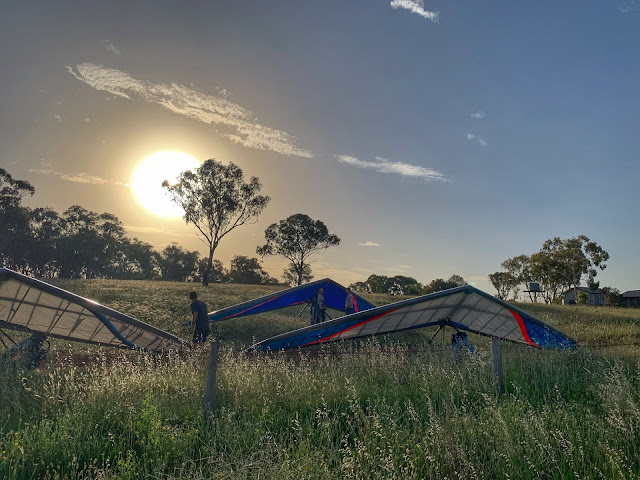 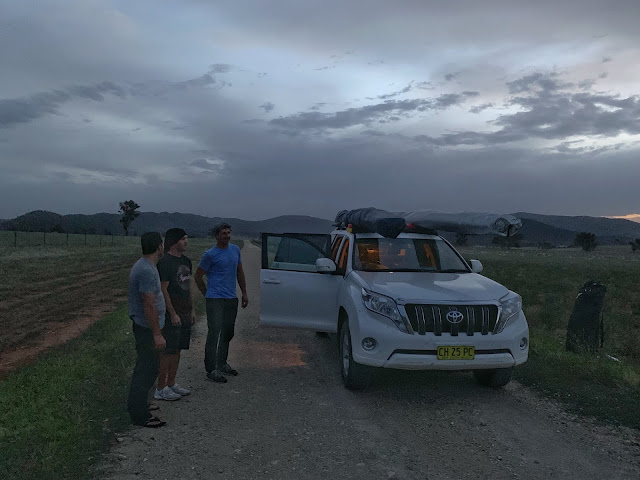 I’m back in Oz at the Forbes Flatlands again.  Missed last year, but it’s good to be back in the hot, dry, super consistent conditions this area offers.  It all got started yesterday with a dogleg downwind and then crosswind to the town of Stockinbingal.  With pretty strong wind in the morning that was predicted to settle down a bit, launch didn’t open until 2:45.  Even then, the north wind was anything but light.  But the task call may have a little light - 34 of the 39 open class pilots flying made goal.  This might be the smallest Forbes Flatlands I’ve been too.  There are 44 in the open class and 8 in the sport class.  It’s a pity, because conditions are looking great for the entire week and we’ll likely get eight task days.  Whew...that’s tough on the drivers here.

It’s fun to see Mario Campanella here with the Dutch team.  He seems to pop up at comps everywhere, but this is his first time at Forbes.  Unfortunately, his glider made it, but his harness did not, so he didn’t get to fly yesterday.  Hopefully it arrives today and he’ll get in the air.

So far, today looks quite similar to yesterday but with the added complication of a lot of high cloud.  A front is pushing through and we’re not entirely sure what it will bring other than slightly cooler (high of only 37C/99F) temperatures. 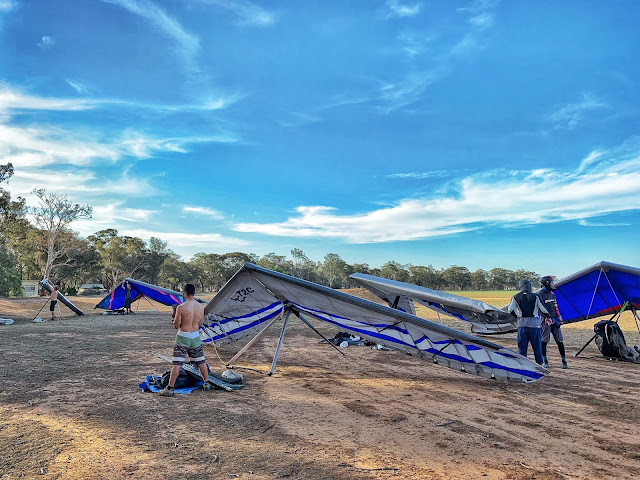