Isn't it a Lovely Ride...Sliding Down, Gliding Down...

..try not to try to hard, it's just a lovely ride.

There is really no competition on the planet like this one. I have said before it's my favorite of the year, but it just keeps getting better and better. This year was a complete blow out. Raul went way above and beyond putting together this huge little event and I hate that it's over. 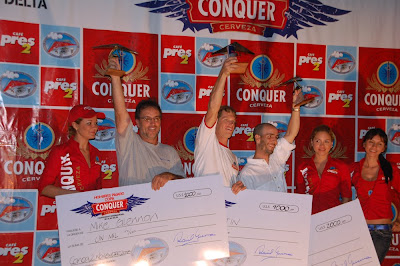 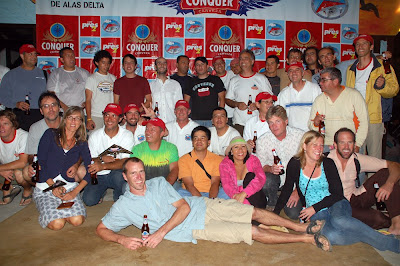 Raul promised Latin models and he delivered...even a few cute boys for me ;-) 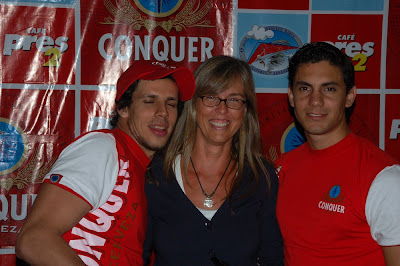 There's an Ecuadorian tradition called Vaca Loco (crazy cow) where someone dresses up like a cow, attaches a bunch of fireworks to the costume and then runs around the streets while the fireworks explode. Here we had Raul as the Crazy Glider. 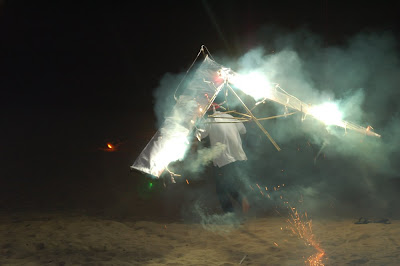 The grand finale of the prize-giving was an enormous fireworks display comig from a tower on the beach where we were landing each day. 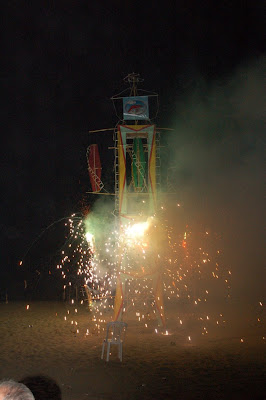