In the land of Icaro 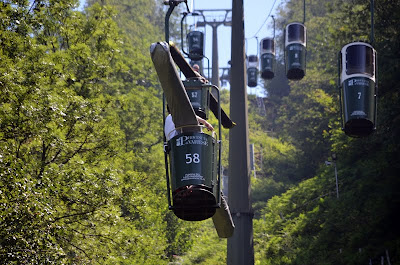 We've popped over to Gary & Trudy's place near Milan for a few days.  The weather cooperated for a flight above the Icaro factory.  Between the ride up in the funivia and the flat launch ramp, it's an exciting place!  Although it's pretty intimidating (Carl claimed he was going to "poo his pants"), it turns out be fairly uneventful normally.  The boys made it look quite easy. 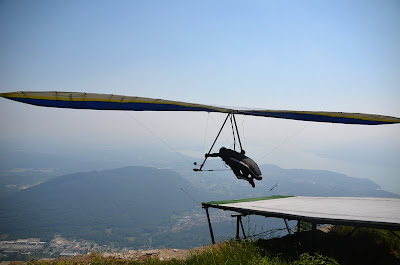 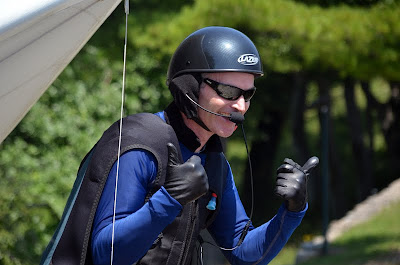 Manfred was on his way up the funivia as Trudy and I were heading down.  He met up with the boys in the air and put on a little show for Thomas' kindergarden class that was out at the landing field.  He came for a nice close landing (a bit too close as it turns out) and had to flare early to avoid the kids who weren't gonna budge...they just stared at him chanting "Manfred, Manfred, Manfred" as he prepared to plow into the whole lot of them.  It was great. 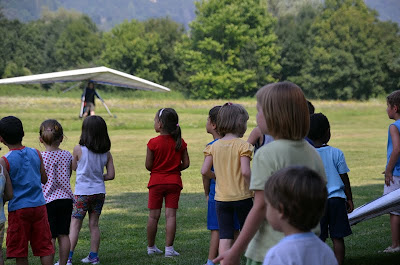 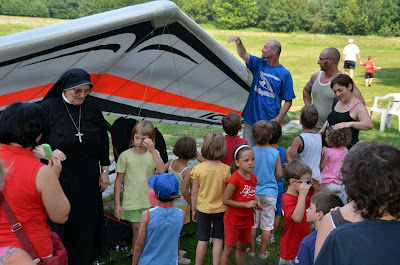 Thomas must think he has the coolest dad on the planet. 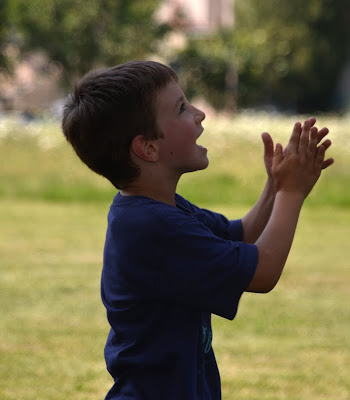 so what's the advised technique on that flat ramp? 2 steps and pivot nose over the edge, or a proper run from further back?

..a proper run from further back with the nose pivoted as much as you can!

did they play the trick where they say watch us and then do the same - then they run alonside the basket and jump in with the glider on their shoulder and the car still moving - then you are all psyched up to try and do the same, knowing you will fail, and the bloke stops the cable so you can get in at leasure!