I wonder how it is that daddy can be the devil himself, yet the kids are nothing short of angelic?
I got to be the first girl to test fly the Litespeed RX3 today.  I know that Jonny and Steve Moyes - boys with a few kilos on me - have flown it, but I was still concerned about being a little overweight on it.  Gerolf says the optimum pilot weight is 55-65 kilos and I'm pushing 70 these days.  So, I really worried that I would feel like a whale on it, especially since I've spent 5 years on a glider that is just a tad too big for me.  I couldn't believe how nice it felt, even with my fat ass driving it around the sky ;-).  Right from launch all I could think is that it felt so much like a Malibu - how is this possible?  Now, I'm the first to admit that I am rather Moyes biased, but I also tend to prefer the lower performing gliders.  So, I took off expecting something that was a little closer to the handling of my Litesport, at least.  I also know that this was just Stanwell Park - smooth, mellow conditions - but I so loved the way this glider feels.  Like the Malibu, the handling is incredibly light.  But, unlike Carl's RS (which also had incredibly light handling), it feels extremely solid.  I remember flying the RS in Cucco and being a bit skittish because there was so little bar pressure on it.  The RX3 has just enough to instill a bit of confidence, but not so much that you feel you're having to work at all.  I cruised around Stanwell at fast and slow speeds, high and low (ok, not really low at all ;-) and started to feel very envious of the pilots taking delivery of their's at Forbes next month.  Already I'm thinking I need to get home and work a little....just enough to pay for one of these new babies for myself.
Here's the little RX3, with her big brother, the RX3.5.  Gerolf offered to let me fly the bigger one as well to have some comparison - and because it may be a little closer to my size.  But I really think the smaller one felt perfect for me, even being slightly tubby for it.  I nearly believe I could gain another 5 kilos and still love it.....not a good thought! 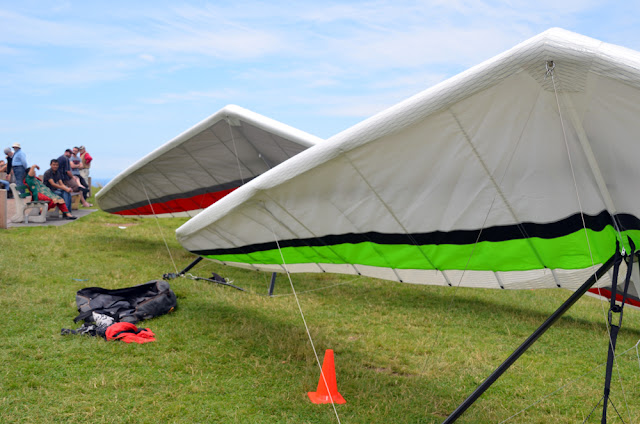 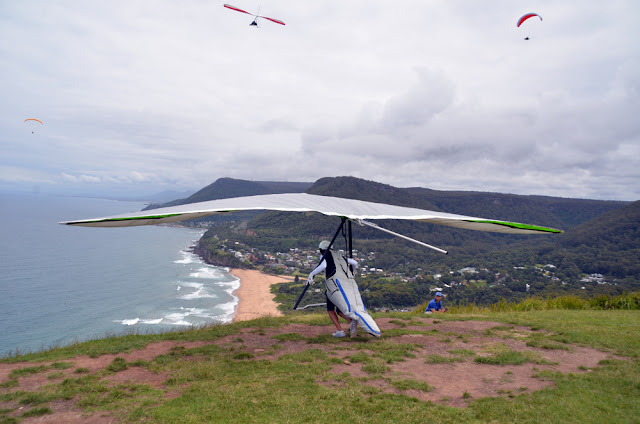