How good is Forbes!

It's so good that after flying there for the weekend, I abandoned my commitment to drive for Glen, Pippo and Kathryn so that I could fly myself in the comp ;-).  By the way, anyone interested in driving for a great international team for Forbes (US, Australia, Italy and Ireland!!)?  How fun would that be!

Glen and I drove out Friday night to meet up with Kathryn and a bunch of Canberra pilots.  It was nearly a mini-comp of about 15 or so with Andrew Luton (Theif) doing the task setting for Saturday. The forecast was for nicely unstable, good lift and a high cloudbase so the task was 215km to Gulgong. Pretty ambitious, but totally doable as it turns out.  Glen and Chop Lamont made it there (Glen after 3 tows!) and several made it within 40kms or so.  I wouldn't say it was a fantastic, classic Forbes day - I found the lift really rough and snaky and hard to follow, but at least there was massive sink between all that rough lift ;-).  I only made about 55 or 60 kms, but it was still great fun.  My new glider is so lovely to fly and again, I can't help but notice the exceptional glide it gets.

Day two task was to fly towards home.  Glen made 160km to the Bathurst soaring club and landed at their airstrip there. 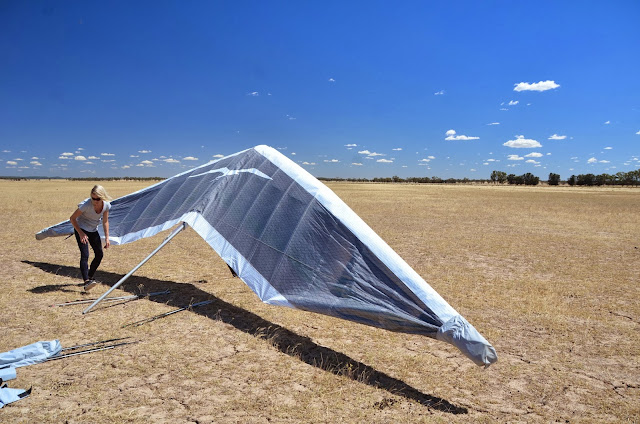 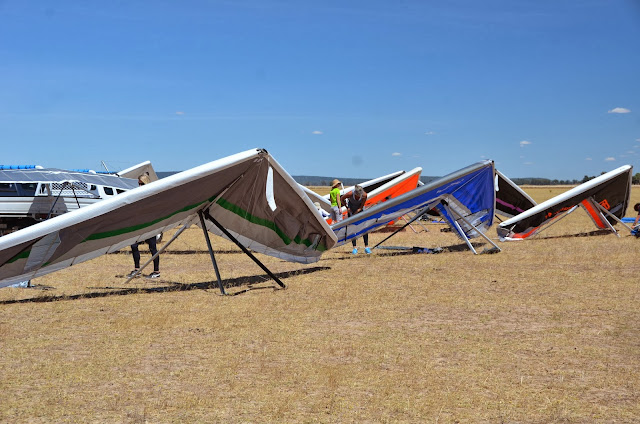 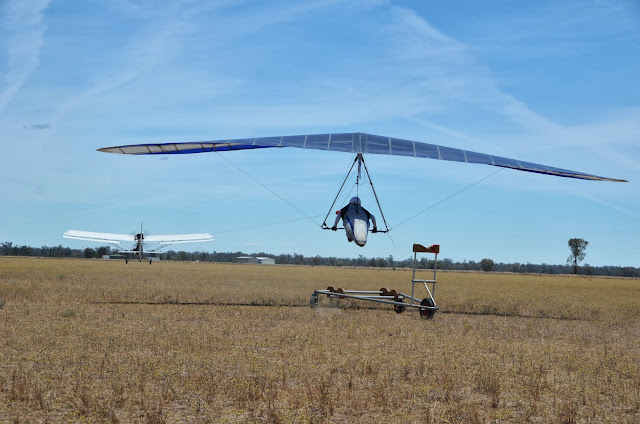 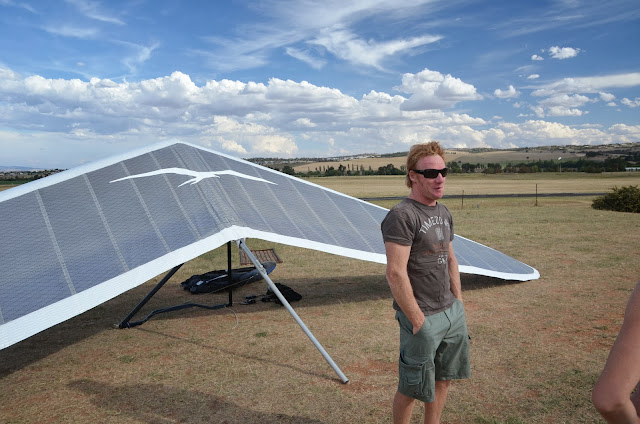