Day 2 was cancelled.  We knew there was a risk of thunderstorms, but headed up the hill to wait there just in case they didn't materialize.  They cancelled the task fairly early and quite a few people free flew. The Rooster got a chance to fly my baby T2C before an actual task.  He had borrowed Gary Wirdnam's Laminar 13.7 which he really liked in non-race conditions.  But apparently trying to race with it was not so easy for him - a bit too big and too much bar pressure.  He decided the Wonkas were more to his liking ;-).

Turns out the thunderstorms didn't hit until around 4:30, but they came with a vengeance.  We sat on the terrace and watched a spectacular light show across the valley.

Day 3 sent us to Tre Pizzi because they expected (and got) strong north wind.  It's quite a hike up there...an hour drive and then a 100 meter walk up a steep hill.  It was cold and very windy, but still fine for a task.  A small lead gaggle of 5 made goal, but the middle gaggle consisting of about 25 or so gliders all got flushed around the same time.  Trudy and I sat at goal watching the live tracking (which was working fantastically yesterday!!) in horror as one by one, within seconds of each other they started dropping like flies.  Funny thing is that Pippo said the cloud street there were under looked just perfect and they were confident all was fine until their feet hit the ground.  Apparently a later group missed that flush and came through nearly to goal.  Once again, my hero twin kicked butt landing the closest to goal of anyone other than the goalies and coming in I think 7th for the day!  Go maria!!! 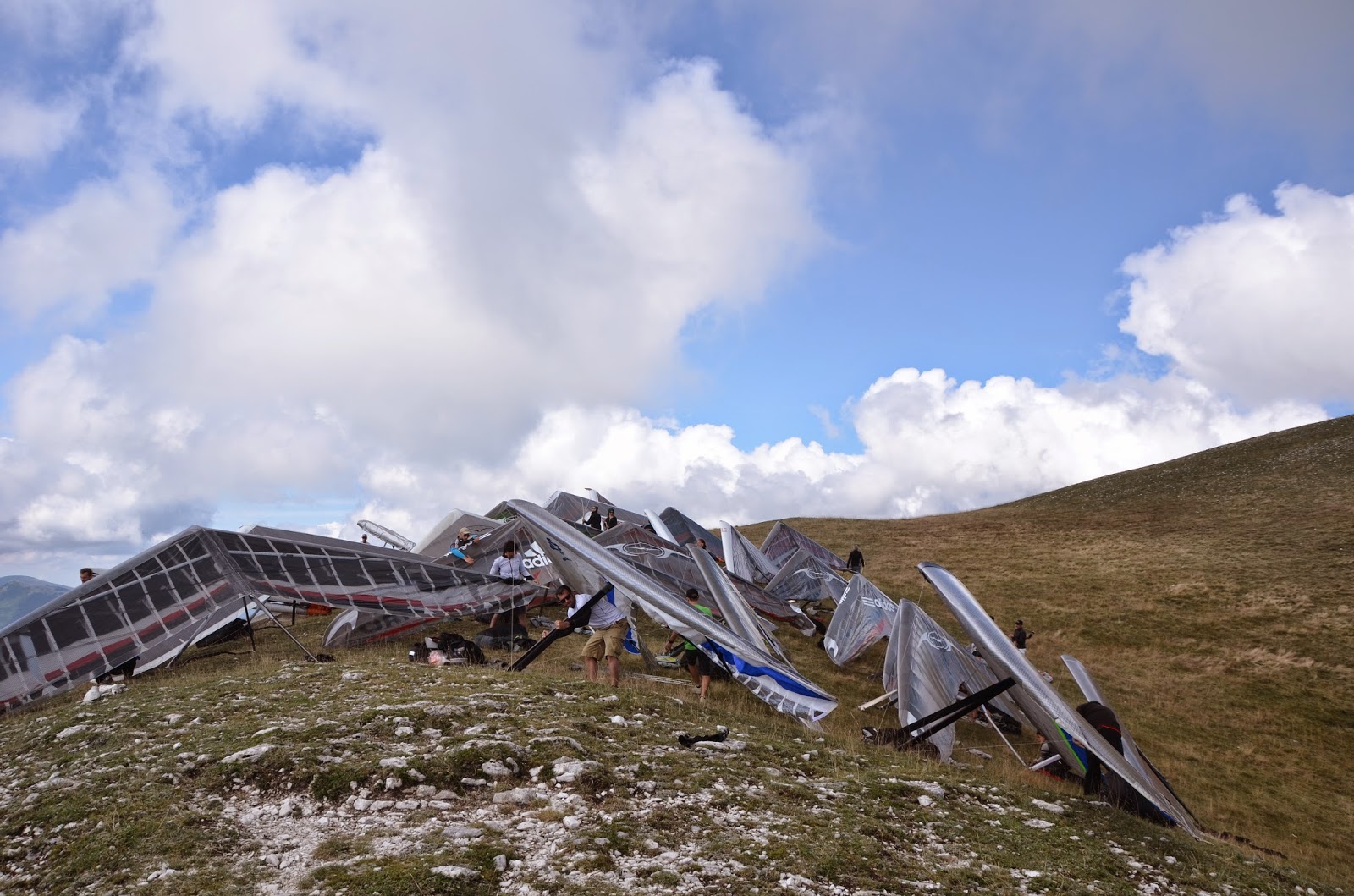 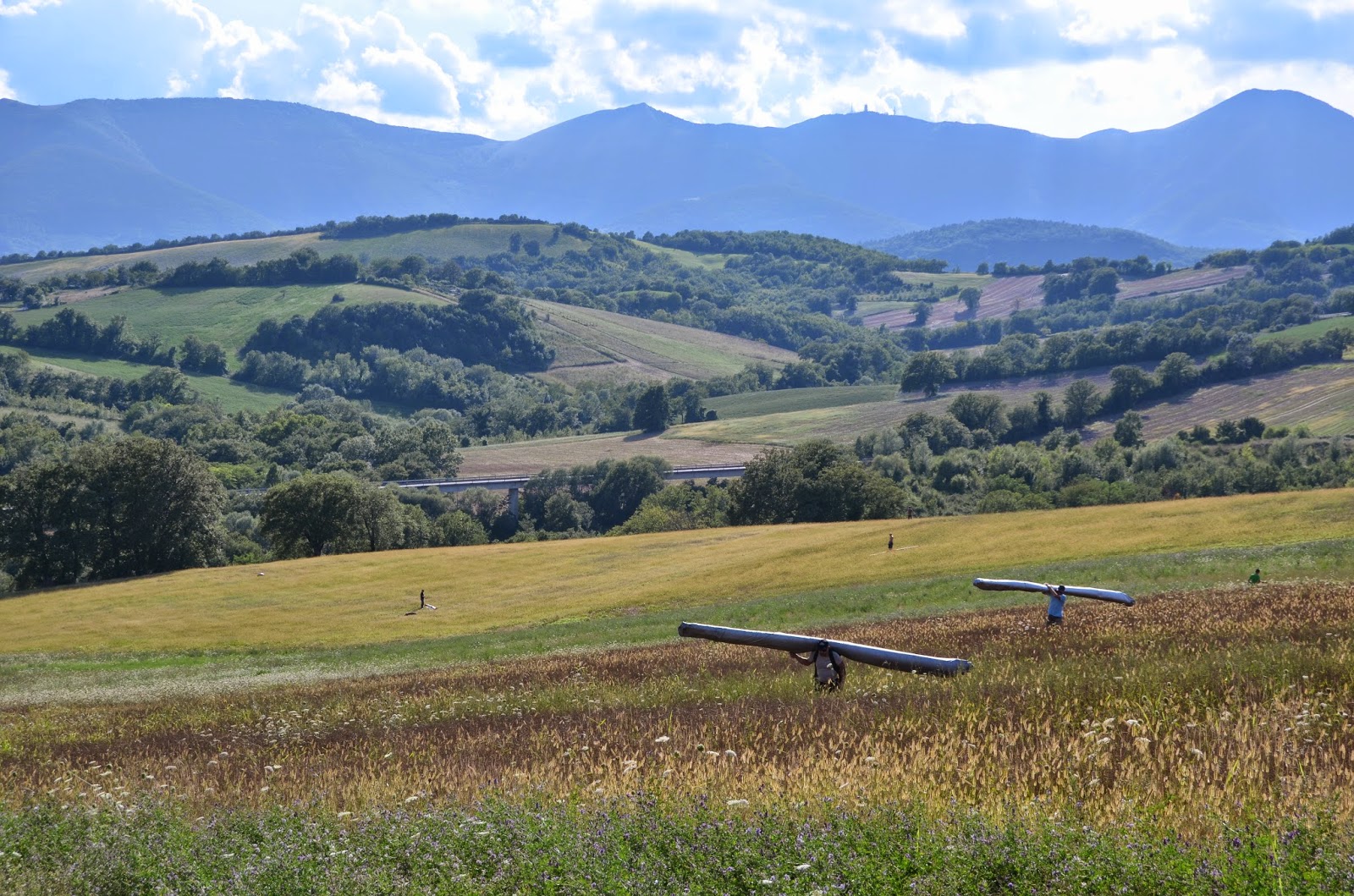 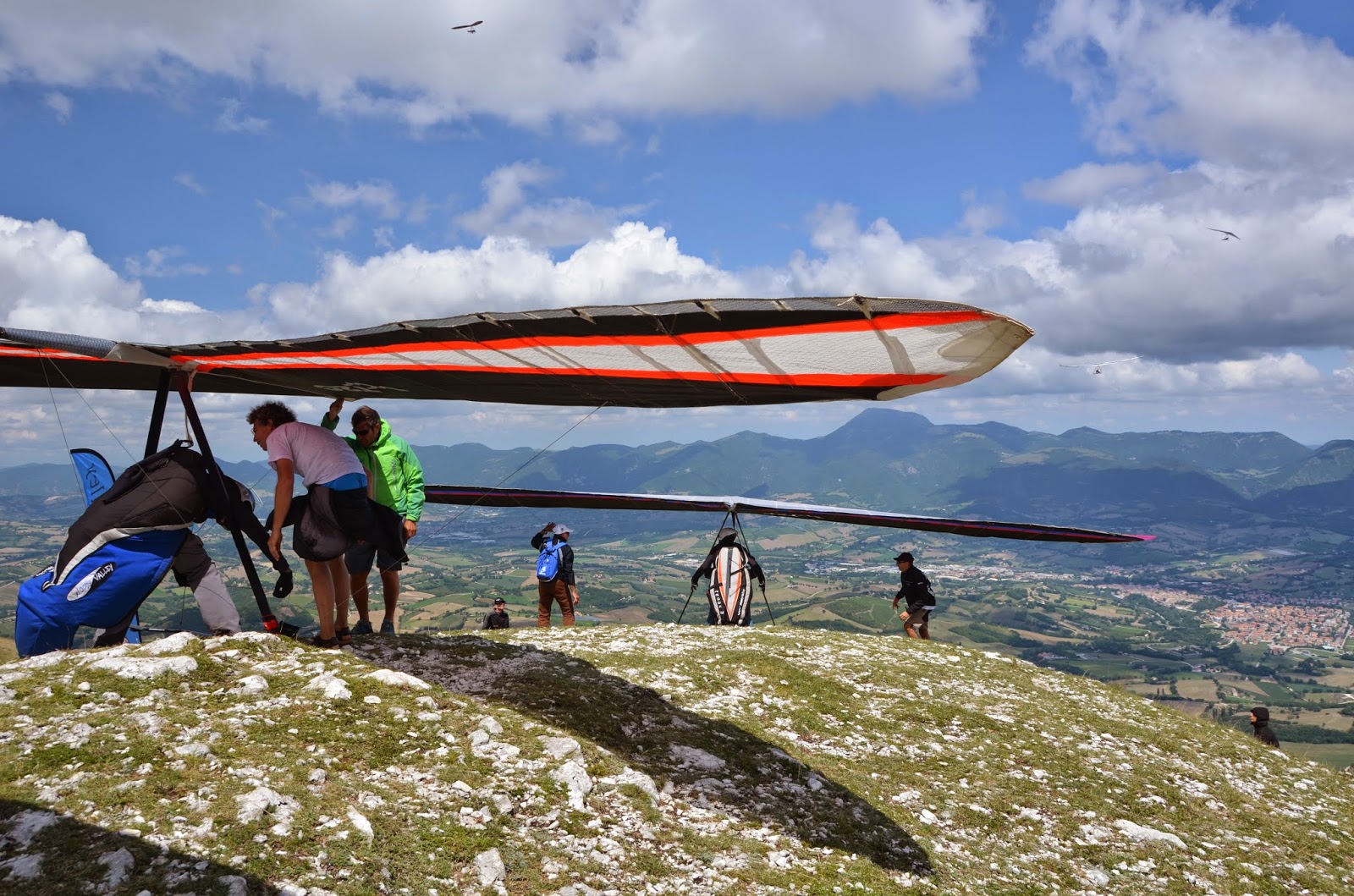 208You have made up your mind to not fly in the comp?