While woman are busy arguing on Facebook about whether or not girls should wear bikinis on launch and whether or not organizers are sexist for posting pictures of bikini clad girls on launch and who is ultimately responsible for those images appearing in the first place, Klaudia is out winning the task....against 150 pilots, including all the men!!

What better way to promote women in the sport than to talk about this!  Klaudia is from Poland.  I don't know much about her other than that she is a friendly chatty girl and a pretty badass pilot.  On the task before yesterday's rest day, she beat all the boys - including the likes of Honorin Hamard, the French kid who is reigning world champion and multiple world record holder, Torsten Siegel, current European champion and Stefan Wyss, current PWC Superfinal winner. 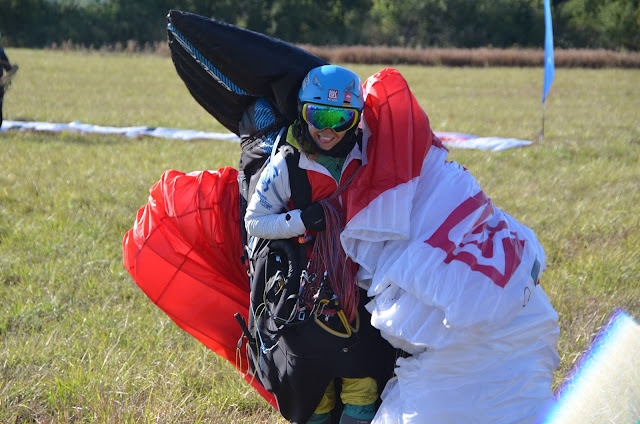