That's how I'm feeling at the moment.... After more than two weeks in Krushevo for the European Hang Gliding Championships, I had a quick week being a tourist in Scotland before returning here for the European Paragliding Championships.  This is a new one for me - my first PG competition. I'm finding myself fascinated by the differences...and inspired by the things we share. 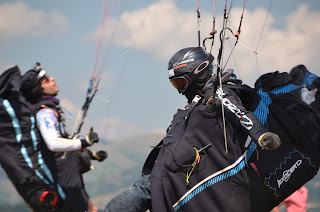 From a hangie perspective, the first and most noticeable difference is launch.  Coming straight from the HG euros where we had a very tidily organized setup, staging and launch system, the first day here was downright entertaining.  There doesn't seem to be any kind of order whatsoever. After the launch horn blows, canopies just start randomly popping up across the takeoff area, many at the same time without any apparent regard for each other.  It took a little getting used to for me as a first time spectator, but strangely, it just works.  What looks like chaos results in 150 paragliders in the air (and often into a single gaggle :-) in very short order. 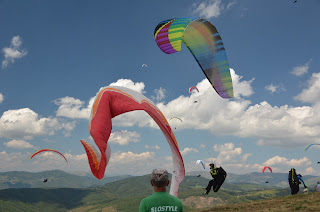 They congeal into an impressive and enormous gaggle that looks from the ground as though someone has spilled a big bag of fruit flavored jelly beans onto a blue tablecloth, every now and then slowly lifting the edge of the table so they start to move in one direction.  It's a very yummy sight!

A similar situation takes place at the goal field. Instead of a lead gaggle consisting 10 or 15 pilots, the main gaggle of 40 or 50 or more comes in like a colorful swarm of birds.  It looks like madness and is pretty amazing to watch! The first few days seeing this made me quickly realize why FTV is so important in paragliding. Without it, I can't see any incentive to ever try to escape the gaggle and do anything bold. 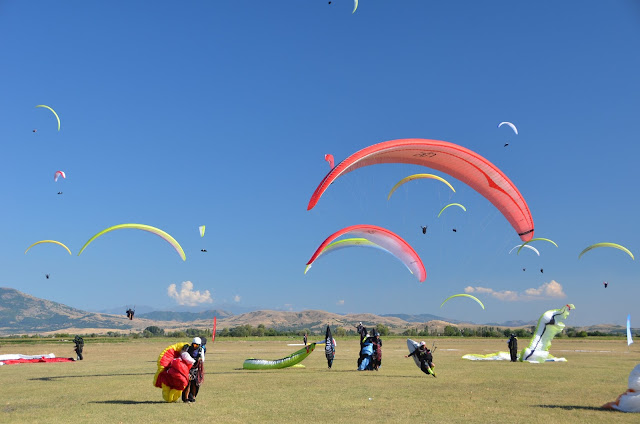 They've also got a really great handle on live tracking.  Ulric and Chris, the technical geniuses behind the live tracking and scoring here, have got a simple and efficient system set up.  They've included some very clever innovations that solve various little problems and an integrated system making scoring fast and painless.  Each tracker is barcoded and a barcode scanner at the scoring table quickly scans a pilot's tracker and allows scoring directly from the tracklog on the live tracker.  Only if there is a problem with that, does the the pilot need to use his primary or backup instrument.

On the fun side, the live trackers used here cannot be turned off except by the administrators.  So, there's no hiding. When a pilot hasn't checked in because he's off to get a haircut, massage and dinner after landing (no joke, this really happened during the HG euros) they can see exactly where he is. Sounds a bit big brother like, but it was very handy to track down a PG pilot a few days ago who opted to go for dinner before checking in.  After not answering calls from the organizers to his local mobile or to his home mobile number, they checked the tracker, saw what restaurant he had gone to and simply dialed up the restaurant and asked them to get the pilot on the line.  The result was him throwing his dinner into a take out box and speeding off at 150 kph to reach HQ before the deadline, all to the amusement of the organizers who were watching his tracker the whole time.  I love it!

Ulric also told me about an alarm system they've built into the trackers.  I suppose a pilot would have to be a really serious nuisance to warrant using it, but from HQ the organizers can set off an annoying audible alarm on the tracker that cannot be turned off and all the pilot can do is come to HQ to get it deactivated.  This is a feature I would really like to have use of for those times when, no matter what you do, you can't get a pilot's cooperation ;-).

The online page for viewing pilots on course is also nicely set up.  My favorite feature is an ETA of the first pilots at goal.  I haven't checked to see how accurate it is - of course, it updates constantly - but it sure is handy for people on the ground wondering how soon to head to goal. 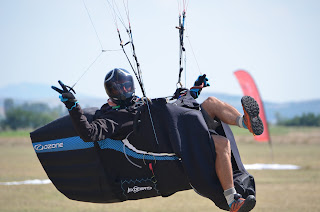 Amongst the stark contrast in the way flight and competition happens in paragliding and hang gliding, one thing is clear and that is that we really love what we do and we share something very familial.  I've seen this so much over the years in hang gliding and I see it just as clearly here in the world of paragliding.  We fight fiercely against each other in the task and then laugh and high-five and hug each other when we land. 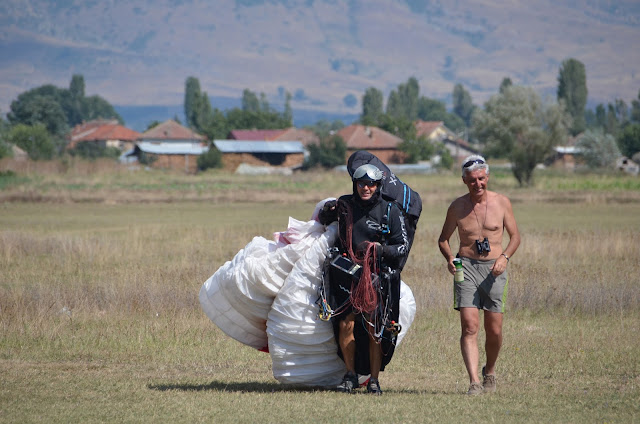 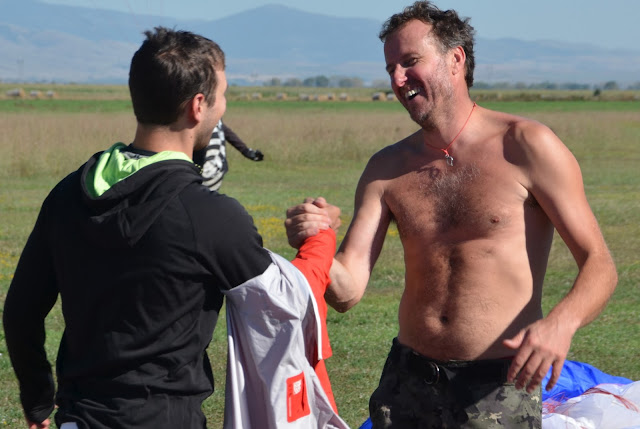 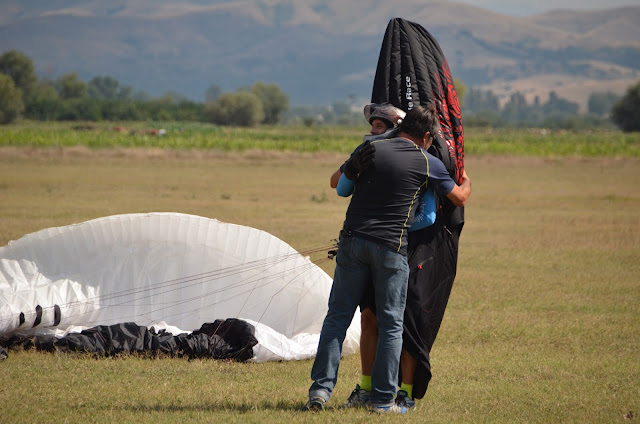 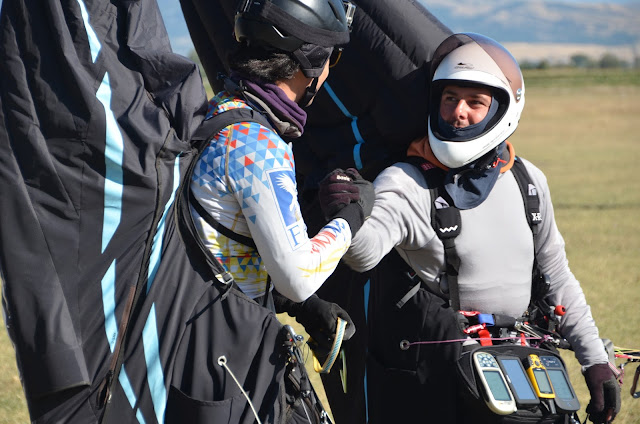 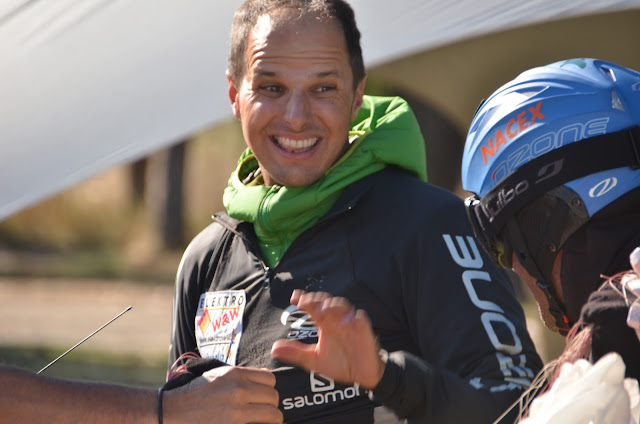 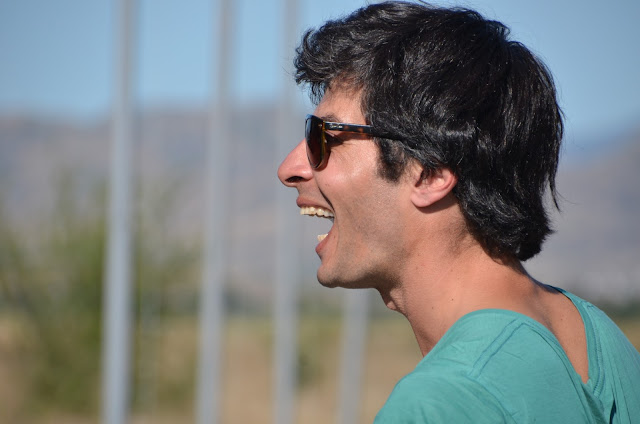 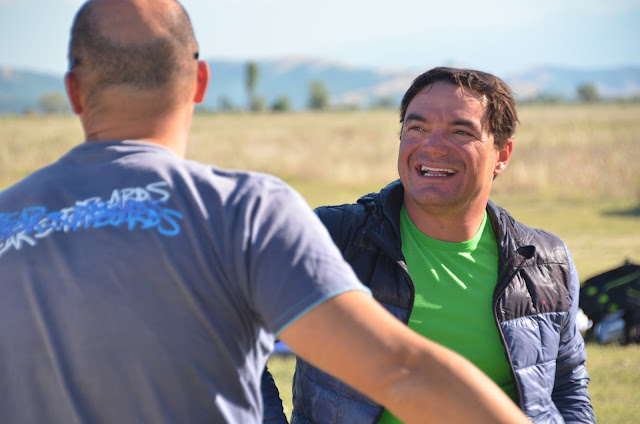 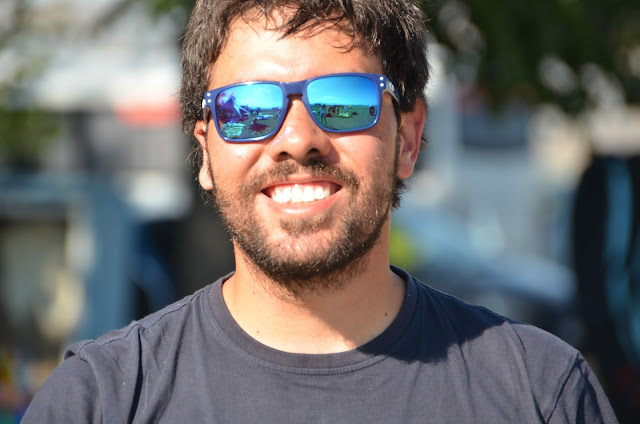 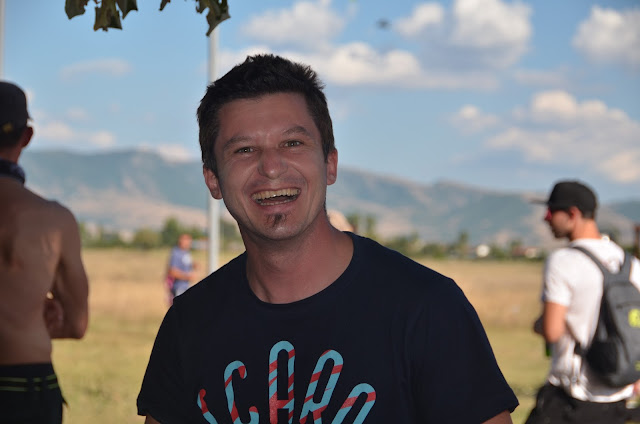 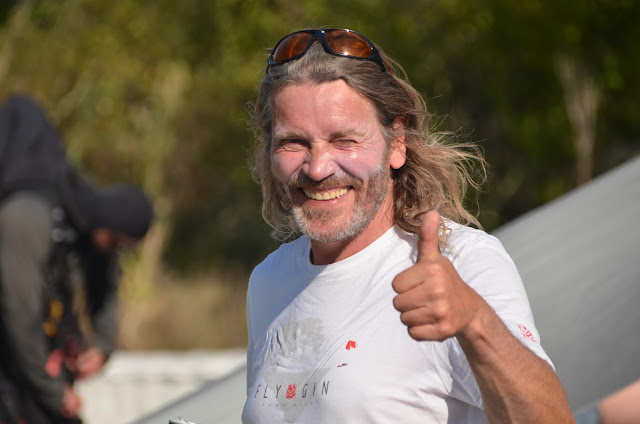 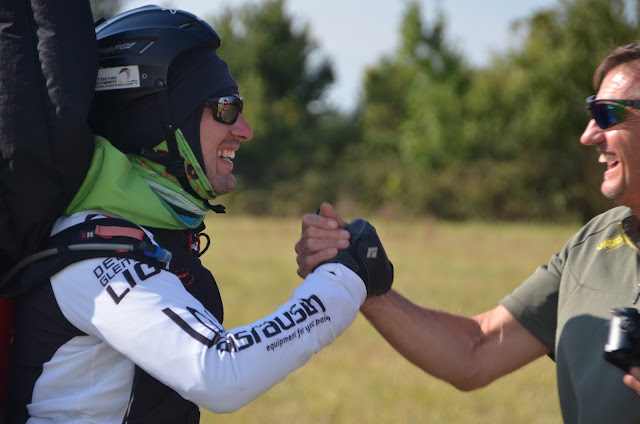