It was a slight bummer to end on a cancelled day, but everyone is tickled to have Christian Ciech as our new world champion.  Congratulations Christian on a strong and consistent performance.  He really was on fire throughout the entire competition.  If not for one day with a broken VG rope, he would have had a sizable lead over Antoine in second place.

Another big congratulations to Antoine in second place and Christian Voiblet in third.  All three pilots are very deserving.

We had an impromptu "crowning" up at launch.  Christian Voiblet is still in the hospital, so couldn't be there, of course.  But someone had the fantastic idea to call him in his hospital room while everyone cheered and chanted "Christian, Christian, Christian!"  Very sweet...there were plenty of tears. 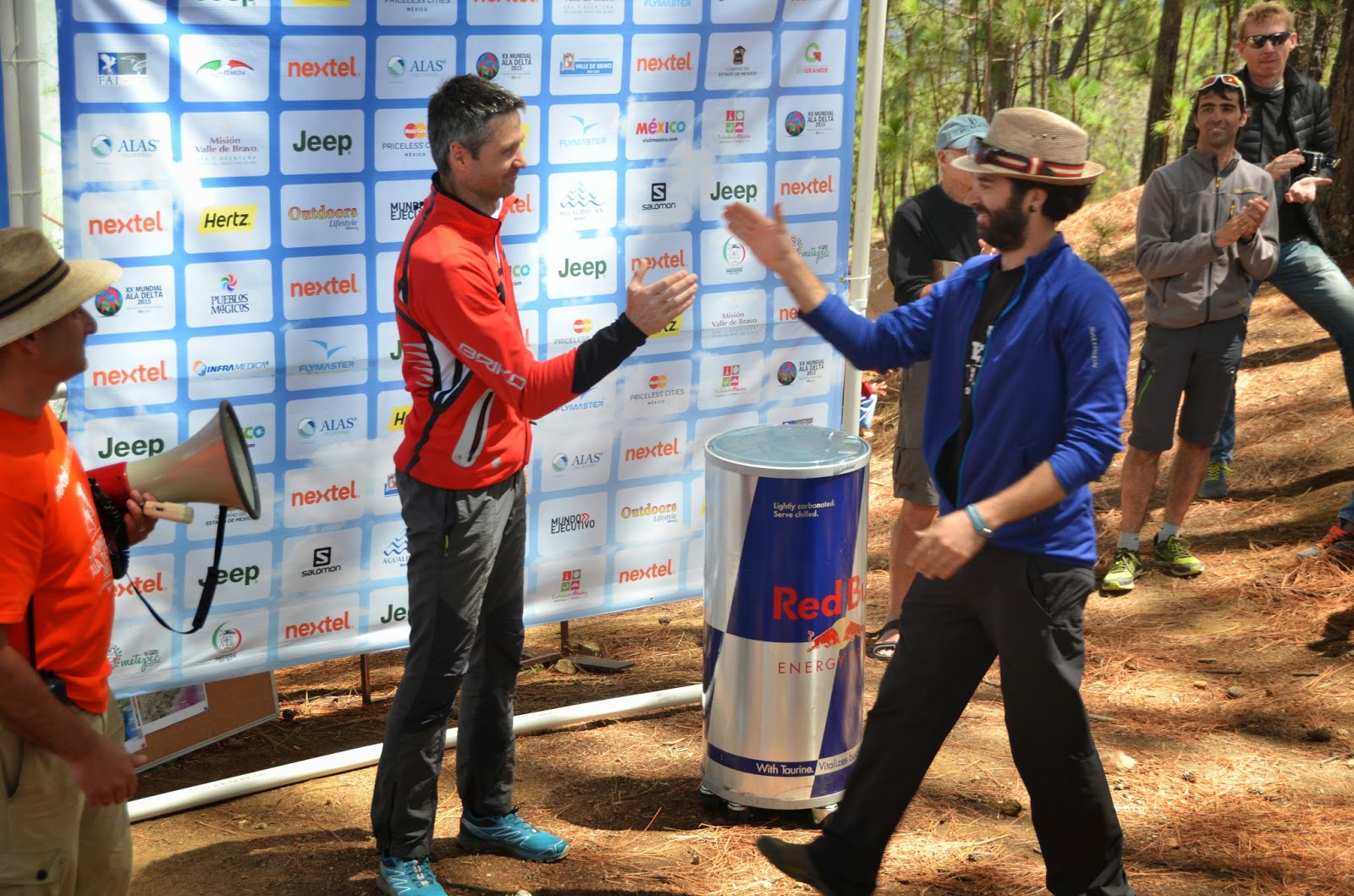 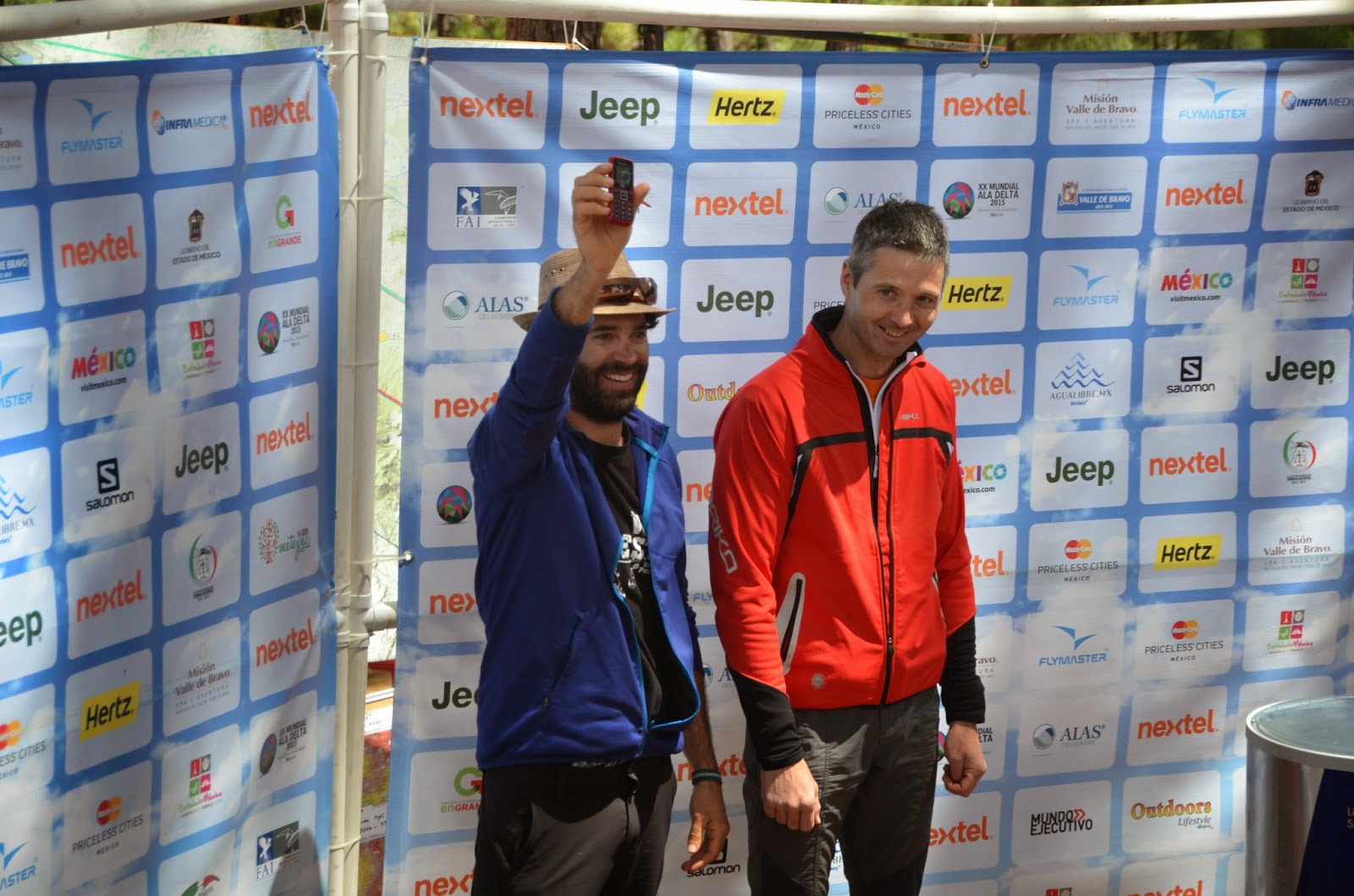 Italy won the team competition...again...with France and second and Australia in third.  There was no champagne on launch, so Miguel, the organizer, sprayed the teams with RedBull ;-). 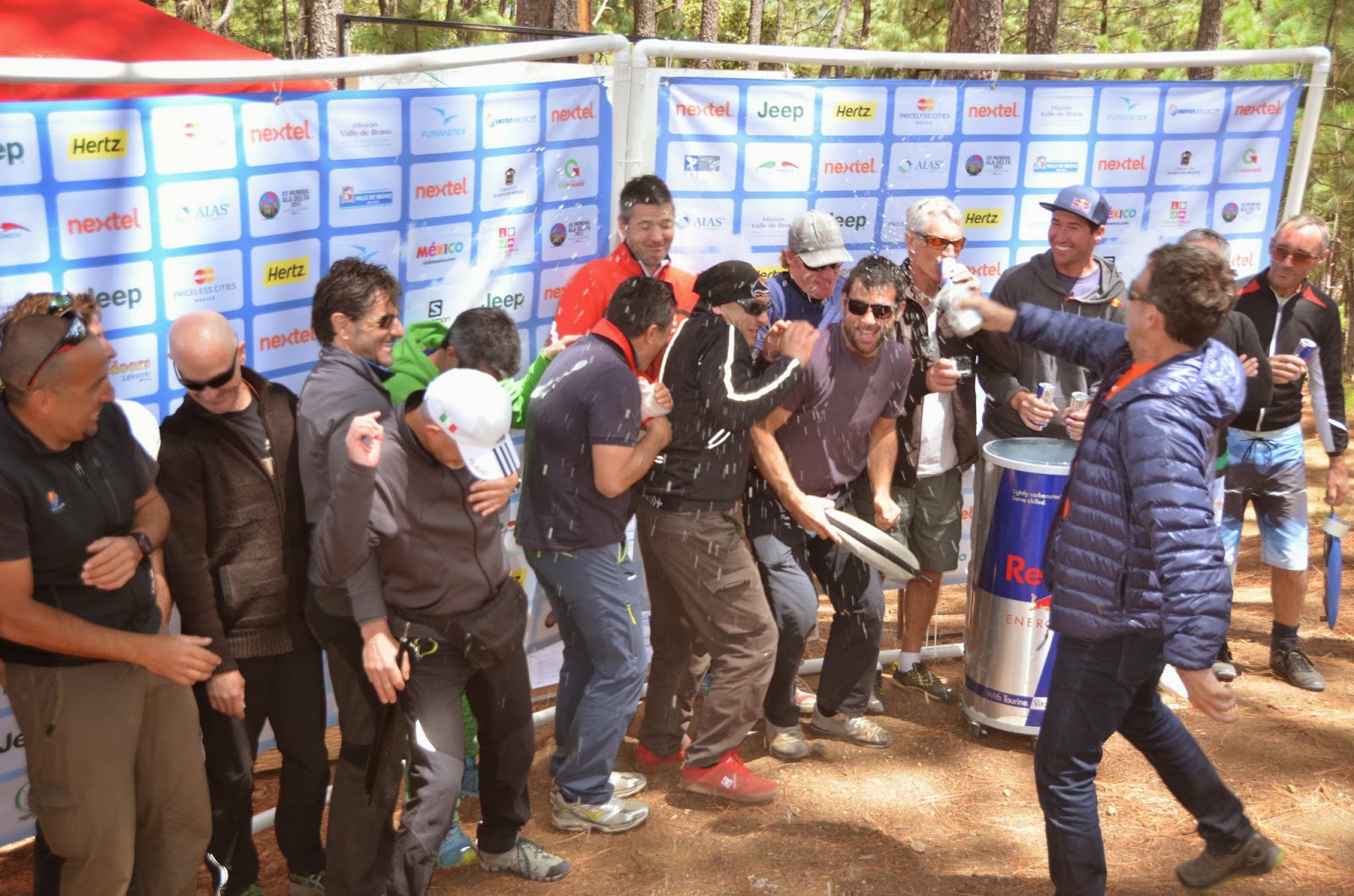