Its the Time of the Season for Love.....Bugs?

Late May in central Florida brings the nastiest bugs on the planet. Some moron named them Love Bugs. But, be sure, there is no love when it comes to these things. I can think of another more accurate word for them, but I can't print it here. They apparently live to mate and they swarm like nothing I have ever seen. You can't brush them off your skin when they land on you - and they land on you by the hundreds if you are outdoors this time of year - they just smash and leave a trail of guts all over you if you try to shew them away. They're also particularly hard on car paint jobs.

Today I drove out to the beach to see the little flat that I've been calling mine for several months now (and actually might really be mine in a month or two). On the way I drove through a swarm of these buggers that left me unable to see through the windshield. They have to be washed off as quickly as possible or their guts eat away at the paint on the car. So, when I stopped at a gas station (for the first of three washing sessions in the 1 hour 40 minute drive) I took these shots of the car. 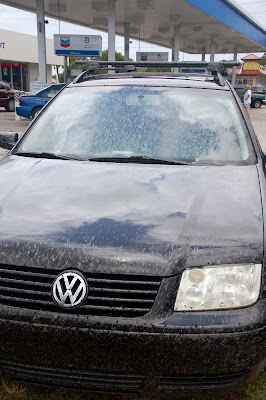 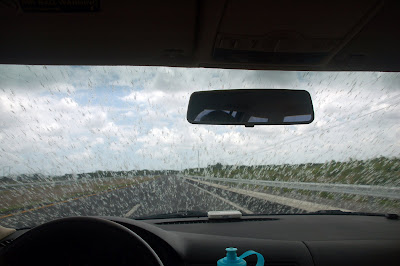