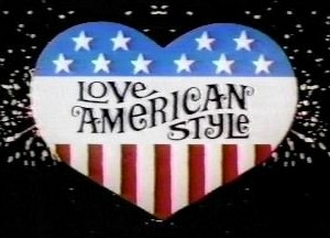 Most mornings I wake up with song in my head. Sometimes it's just a melody, sometimes is an ad jingle or a song I don't even really know.  Today it was a 70's TV show theme song.  I remembered all of the lyrics too.  The show aired from the time I was two years old until I was seven.

What kind of sick trick does my brain play on me that I can remember song lyrics from a childhood TV show (not even a kids show that I watched regularly!), but I can't remember in the 10 steps it takes me to get there, what I was going to do in the kitchen?

Funny thing is that I recently got an account at Lumosity.com. It's a highly promoted website with prime time television ads that claim to offer neuroscientist-created games that are meant to improve your brain health and performance. My brother called me a "sucker" for getting an account and, to be honest, I don't have any idea if my brain performance has or will or is even capable of increasing.  But, the games are actually very fun and I suppose I see it as cheap entertainment, if nothing else. Right now, it's replacing my usual Sudoku games.

So the really funny thing is that according to Lumosity, I am in the 95th percentile for memory. Unfortunately, that's the 95th percentile for my age group, which doesn't say all that much to me.  It doesn't give my ranking among all age groups.  After a month of "brain training" I'm still finding myself in a room trying to remember what I came there for :-(.
at 8:31 PM

I wonder if being in the 95th percentile will help you remember how to get this tune out of your head:
I'm just mad about safron...

just like a trainwreck you knew better than to read the last line and you did it anyway.

Ha ha ha ha ha.....what you don't know Matt (or Mark, not totally sure), is that I have an eraser song that works every time. Don't you wish YOU had one of those!