My flying world has been rocked!  Yeah, seriously!  Last Saturday we arrived in Rainbow Beach along the Sunshine Coast of Australia and we've flown all day, every day since.  Over the past 5 days I may have had more take offs and landings than the last 5 years combined - between 15 and 25 every day!

Funny thing is, it all makes me think of Wolfi Siess.  The first time I met Wolfi was at the French Nationals in Laragne in maybe 2003 or 2004.  Wolfi and a couple of other younger Austrian pilots were being mentored by Gerolf.  I was taking heaps of pictures all week and toward the end of the week I started to notice that all the pictures of Wolfi were especially funny.  Most were landing shots and not a single one showed Wolfi without a gigantic grin on his face - like he was up to something.  I always laughed about it, but I asked him not so long ago if he remembered that.  He said "sure, landing is the most fun part of flying!"  I thought to myself, "cool for him, I wish I felt that way."

For me landing has never been fun.  It's only a necessary chore.  I've never considered landing fun or even just ok.  Landing is almost always at least a little bit scary and often a lot scary.  I have a list that goes out the door and around the corner of reasons to land - I'm scared, I have to pee, I'm tired, I'm scared, there are no more good landing places ahead, I'm scared, I can't find anymore lift, I'm afraid to cross over the mountain range, I'm scared, etc., etc. - I could go on all day.  But never once has that list included "for fun!"....that is until now ;-).

At Rainbow Beach there's a giant sandblow created by nature especially for hang gliding I'm sure. Here's a shot of the sand blow from my iPhone.  Not the best, but you can see what I'm talking about. 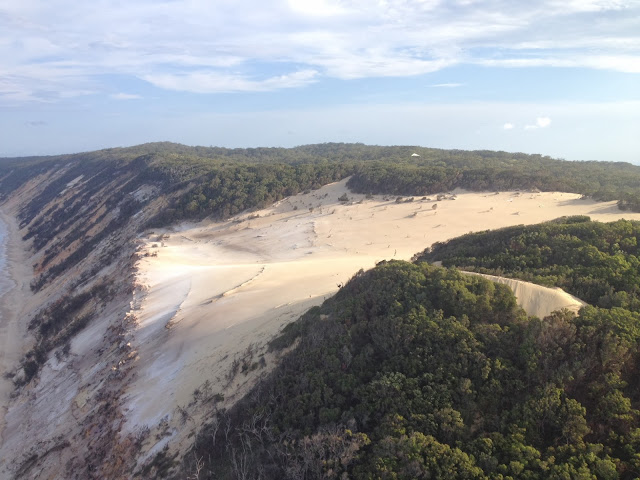 Because it's nice rounded bowl and the coastal air is beautifully smooth, it's a place like no other where you can take off and land all day long in the most perfect conditions you could ever imagine.  It's pretty much impossible to screw it up.  If you come in too high, you just make another go around...too low and you turn back a bit sooner and land up closer to the edge.  I've never, ever had such a fun time landing....every single one is thoroughly enjoyable and brings a giant Wolfi-style smile to my face. Although I haven't yet tired of the touch and goes, for a little break, we ventured down the coastline about 15km to the south end of the little bay checking out the stingrays and sea turtles playing in the surf all the way there and back.

With the 4:30ish sunrise, we've found other ways to entertain ourselves until the wind comes in - normally by 10 or 11am. 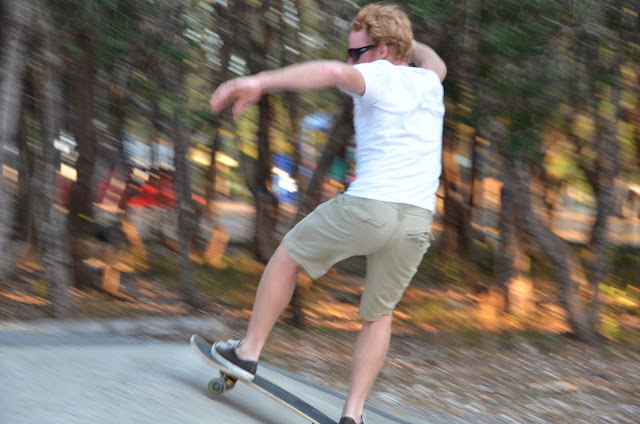 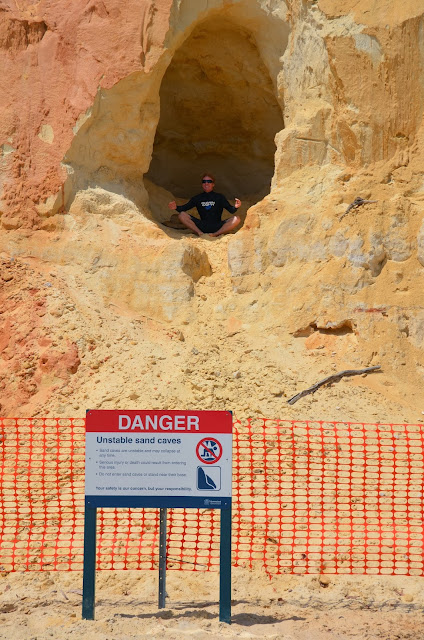 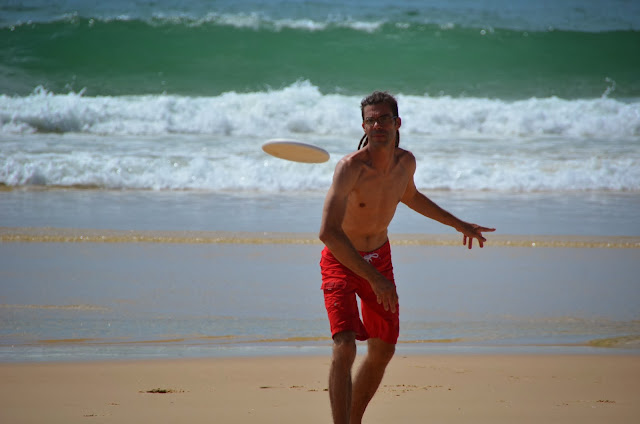 But mostly we just played on the sand blow all day long....practicing fly-bys, spot landings, teaching a bit and general fooling around. 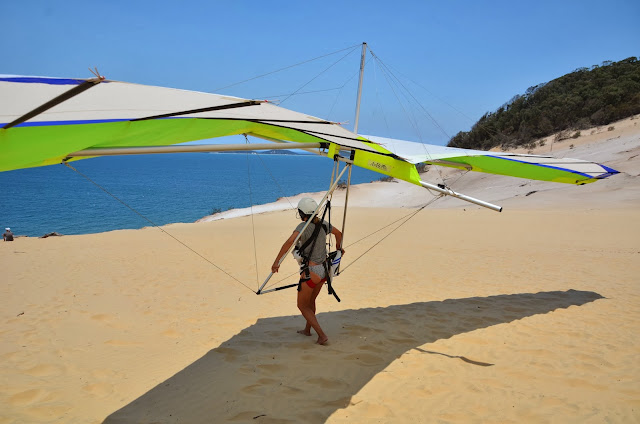 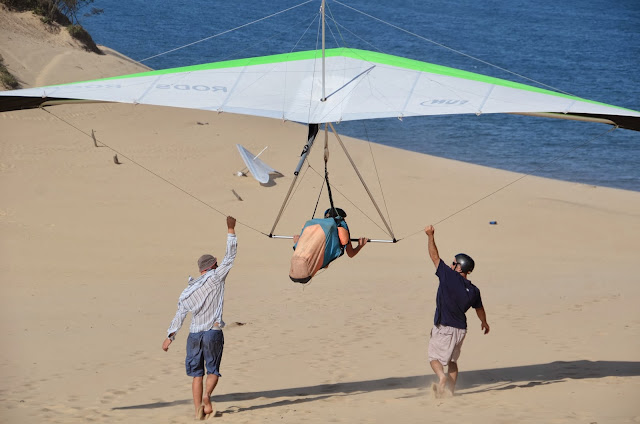 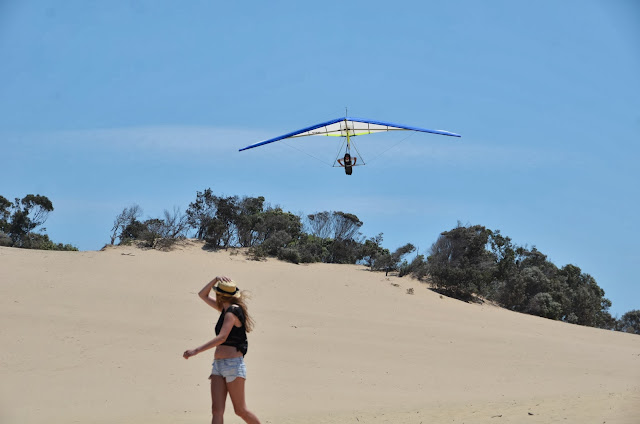 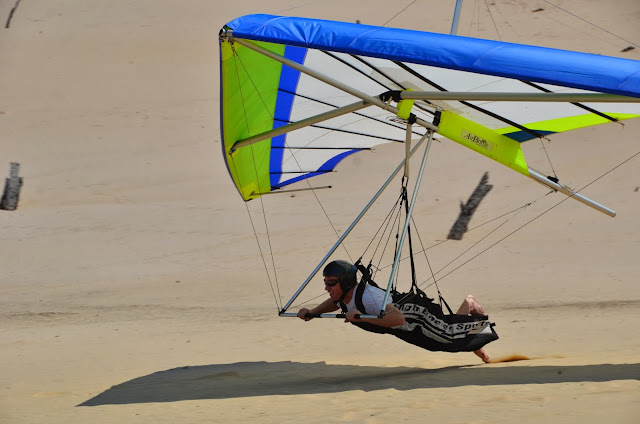 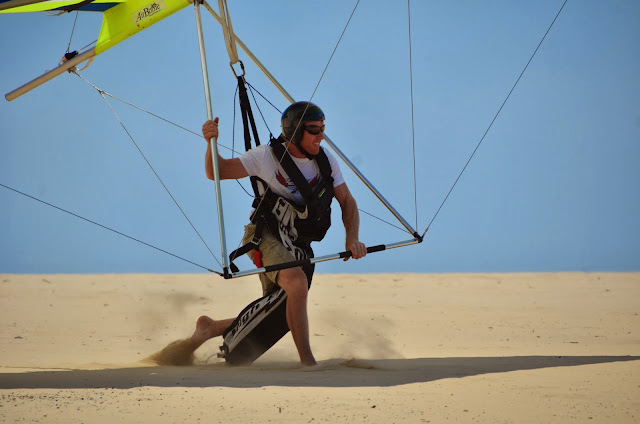 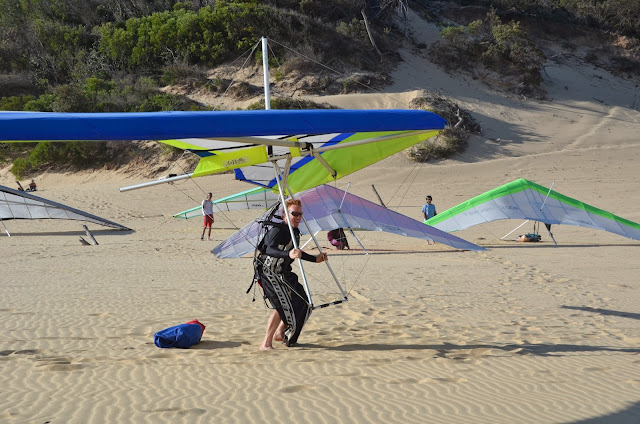 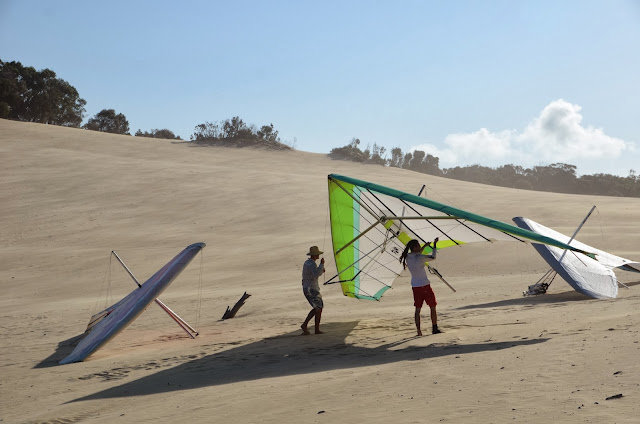 Sounds amazing - this is #1 on my list of places to visit as of right now :)

same here. This was the reason I spent my long leave in Oz, and Camo and Conrad did give me a little bit of this experience but jeez, not enough! You just gave me a purpose for my new saving!

One of my all time favourite places to fly. Had some truly memorable flights there... and it's so good to be able to fly in bare feet.
Glad you discovered this magic site.