Not my best first day, but not my worst either.  I so wish there was a way to remove the psychological aspect of competition flying....ha!  I don't think my flying is terrible, but my head is a big problem and fear seems to always take control.  I suppose my survival instinct is just too strong sometimes and it overrides the logical side that says "everything is ok, keep going."

So, we had a zigging and zagging task across the lake and back again and then down to the south then back to the main goal field in Doussard.  Cloudbase was quite low and after takeoff I found myself much closer to whiting out than I'm normally comfortable with.  But, without being at base, you would practically be below launch - base was no more than 1000ft above takeoff.   Between the low base and the somewhat rough air shared with lots of other pilots, I never got the point of feeling good.  But, I did manage to get two turnpoints (well three if you count getting the first one twice because my instrument never registered me getting it the first time, so I had to go back a second time).   The first turnpoint was rough as anything, so going there twice wasn't my favorite part of the day.  But, the glide across the lake was gorgeous and smooth and the ridge on the far side worked beautifully.  Unfortunately, after the second turnpoint, all I could manage was a super smooth glide back across the lake to launch where I found no lift and ended up in the goal field having missed the last two turnpoints.

According to the social media, Julia Kucherenko made it the furthest, but no girls made goal so scores won't be terribly high.   Hopefully better tomorrow. 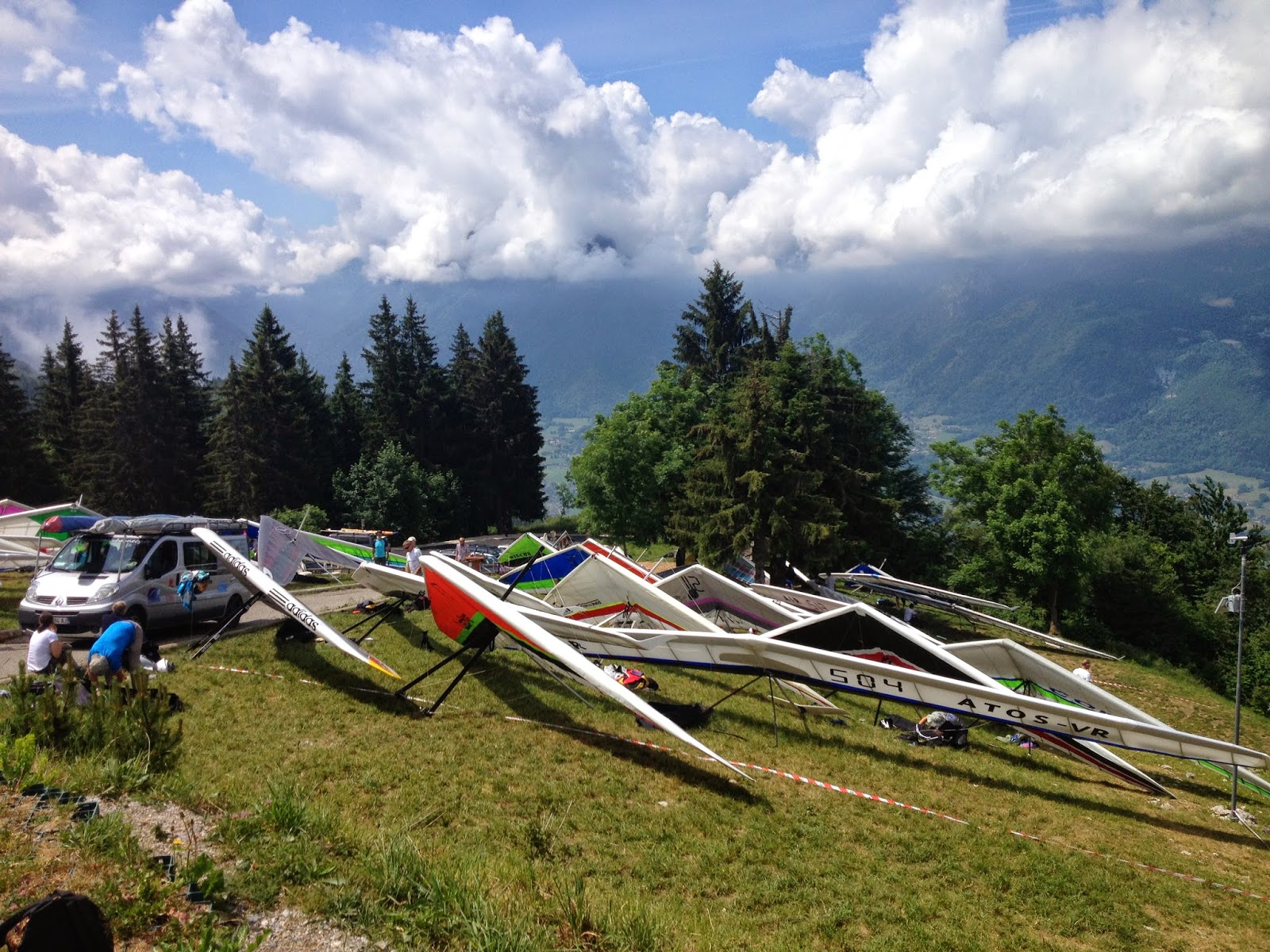 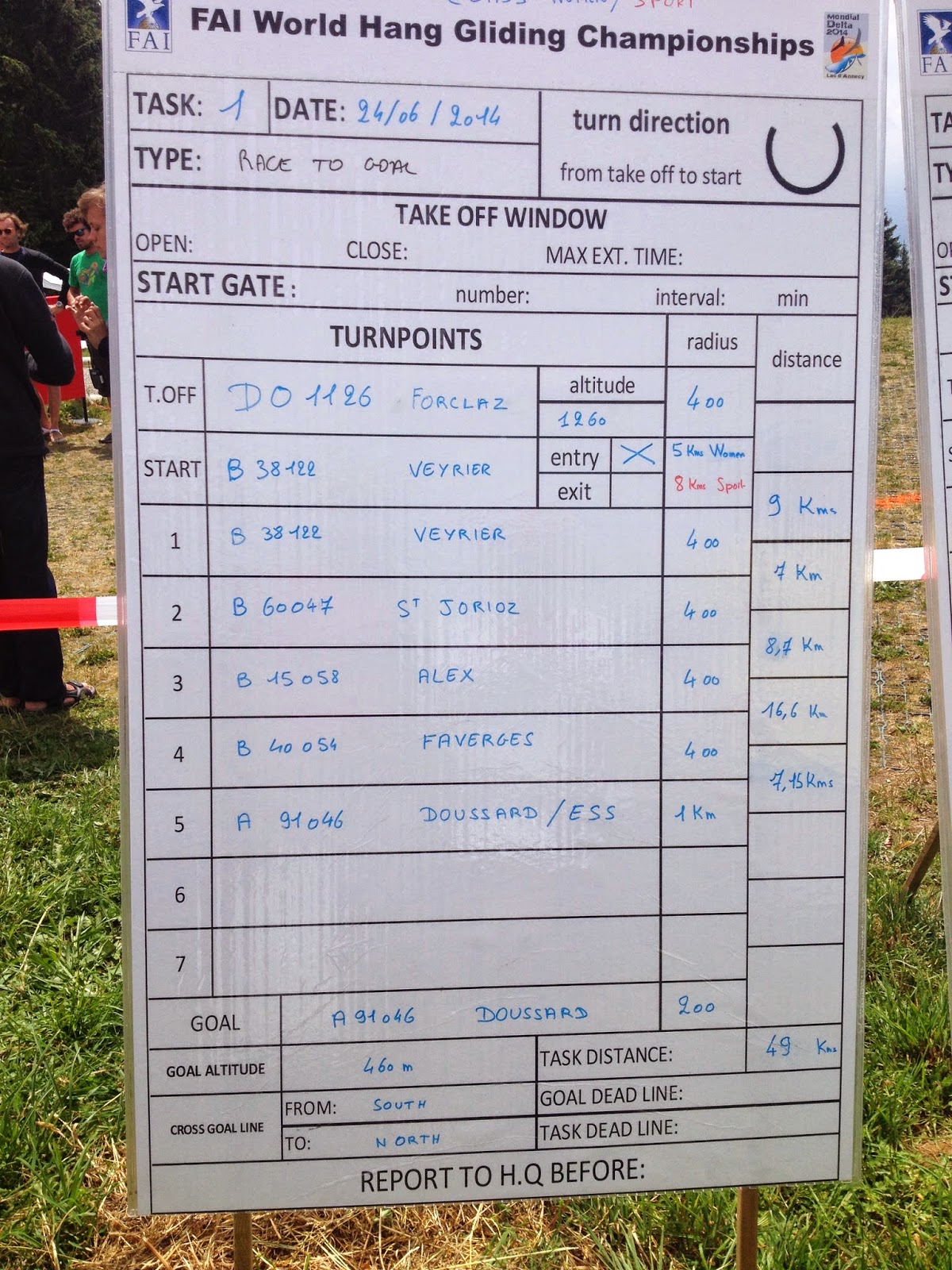 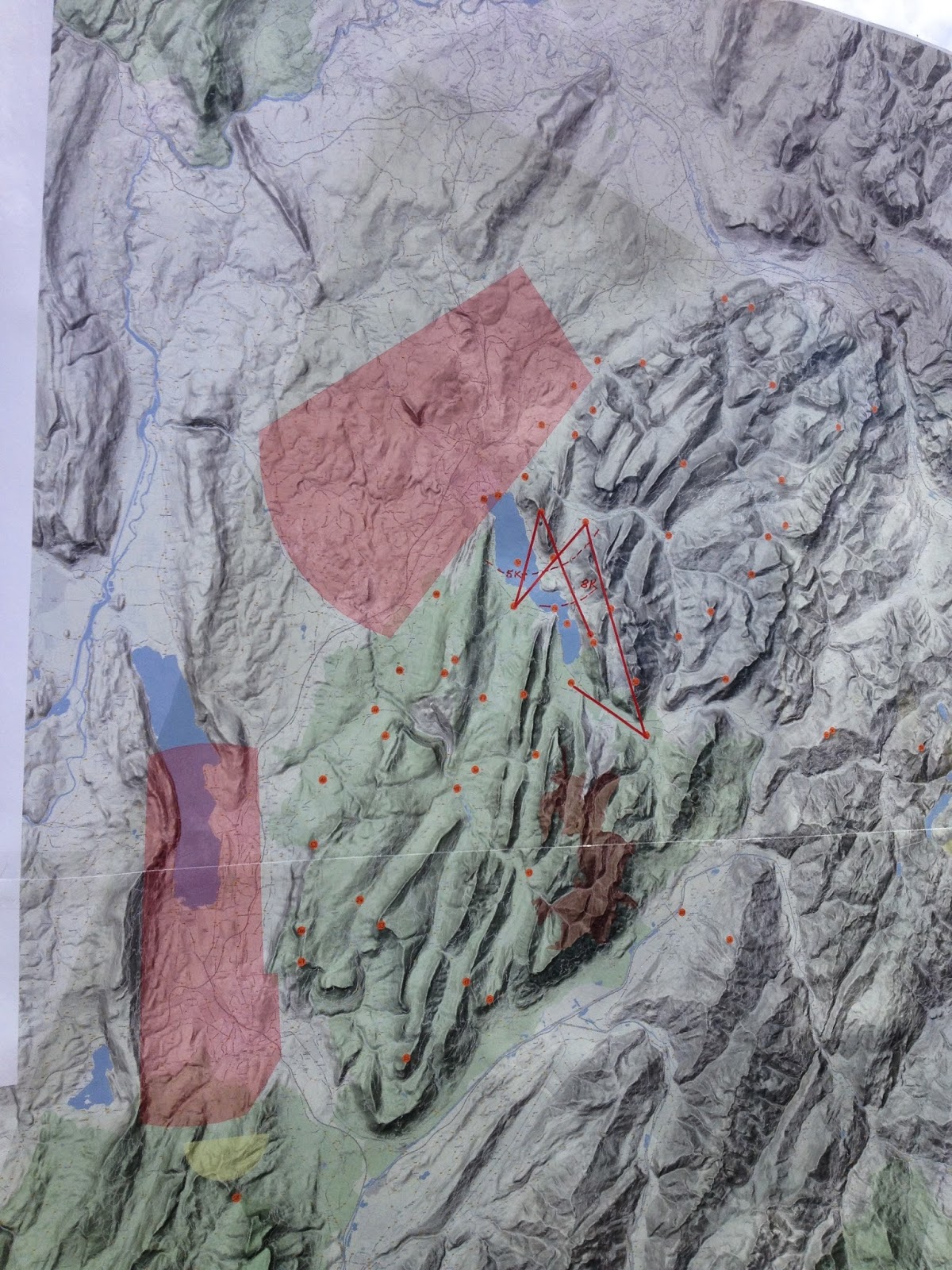 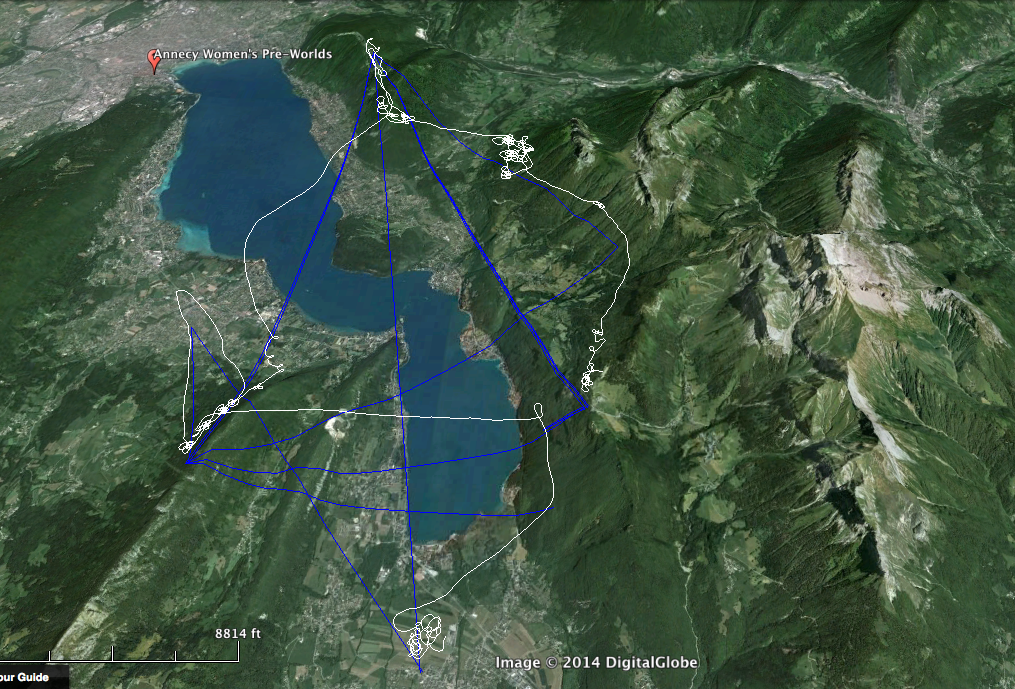