...there's a big brown cloud in the city and the countryside's a sin.

When we finished in New York city, I had just enough time to head home and short pack my new glider - the one I've had for over a month and I've not had a spare moment to fly yet - before heading off across the ocean to prepare for the women's worlds in Annecy.   Kathryn and Jorg met me at the airport in Munich.  It sure is nice to be picked up, especially with a hang glider.  There's something comforting about having other people around when you feel like a complete spectacle traveling with a glider.

First day we met up with Dolores and Ashanta in their hometown of Stans, Switzerland.  I can't imagine having grown up in a picture perfect paradise like this town is.  Tuesday was Dolores' birthday, so we got to celebrate with her over breakfast before we started the drive south into Italy.

First stop was one of my favorite flying sites in the world - Laveno, Italy.  There I finally got a chance to get that always nervous maiden flight out of the way.  It was a lovely, light lift, high pressure day. The trip up the funivia and the door laid over on it's side that they call a launch ramp always make this place an adventure.  We had a mellow, uneventful flight and landed with a giant smile at the big field below.  Once again, I love my new little glider.  She's kind and sweet and seems to understand me and my flying quirks already ;-)

Yesterday afternoon we arrived in Tuscany...I couldn't say the name of the little village here, but it's everything anyone traveling to Tuscany could ever hope for.  A weather system was moving into northern Italy so we thought it best to head south, even if we couldn't fly here.  Instead we're lying by the pool, have late dinners with lots of red wine and generally relaxing.  We found an agritourismo that looks straight out of a movie set.  I do love Italy.

The clouds look perfect today.  Pity there's no where to launch (or land). 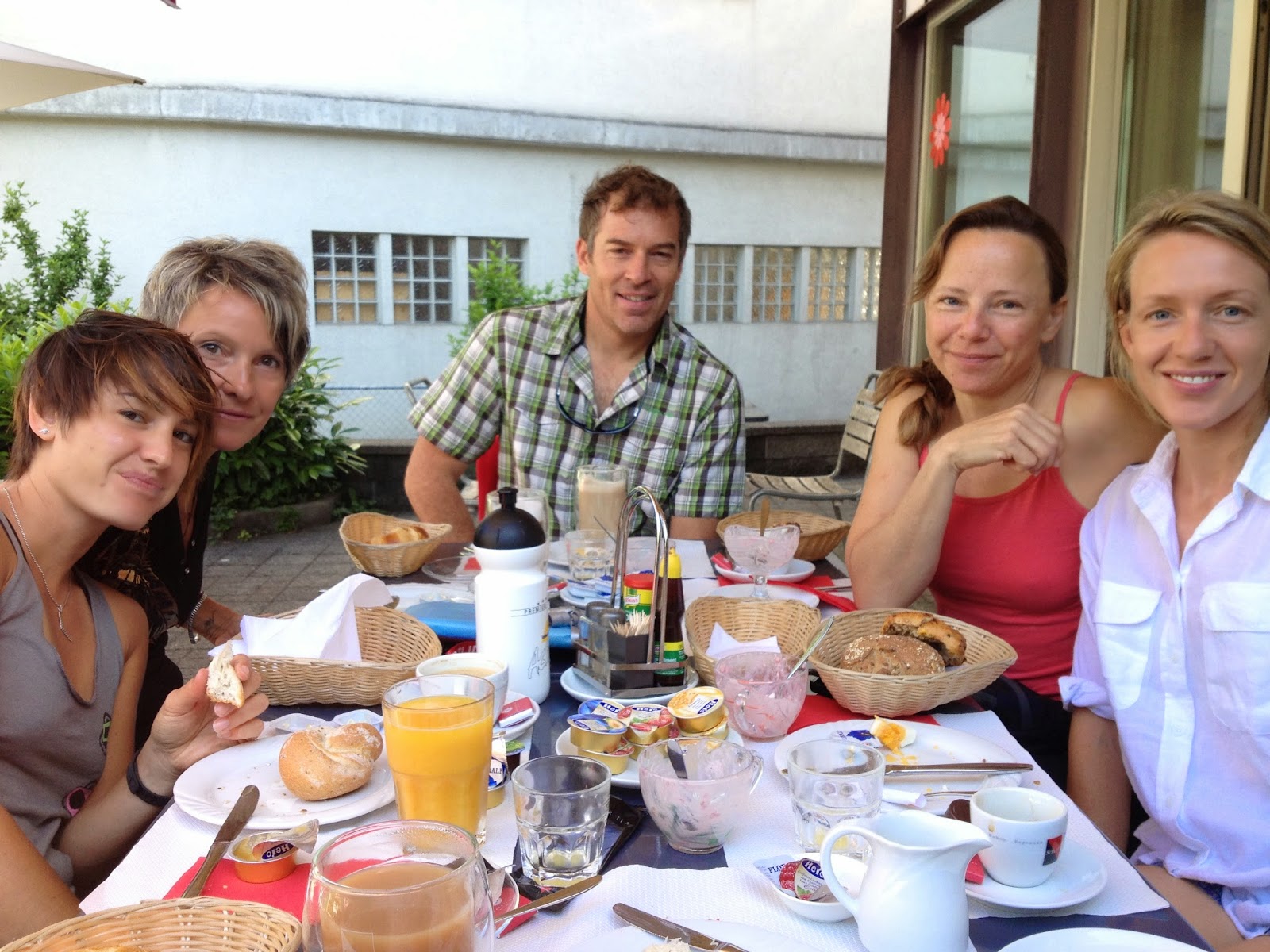 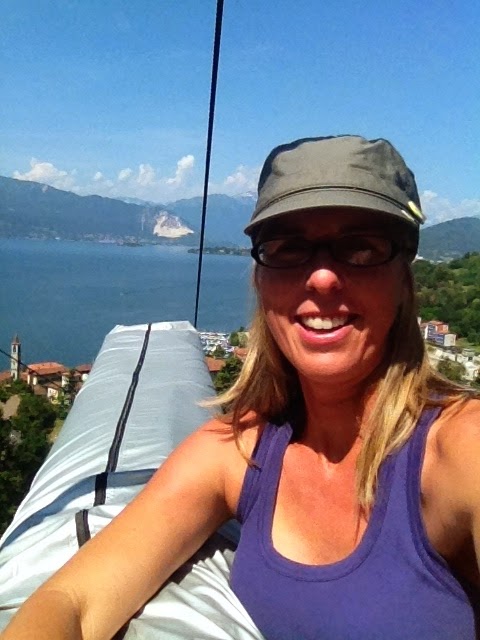 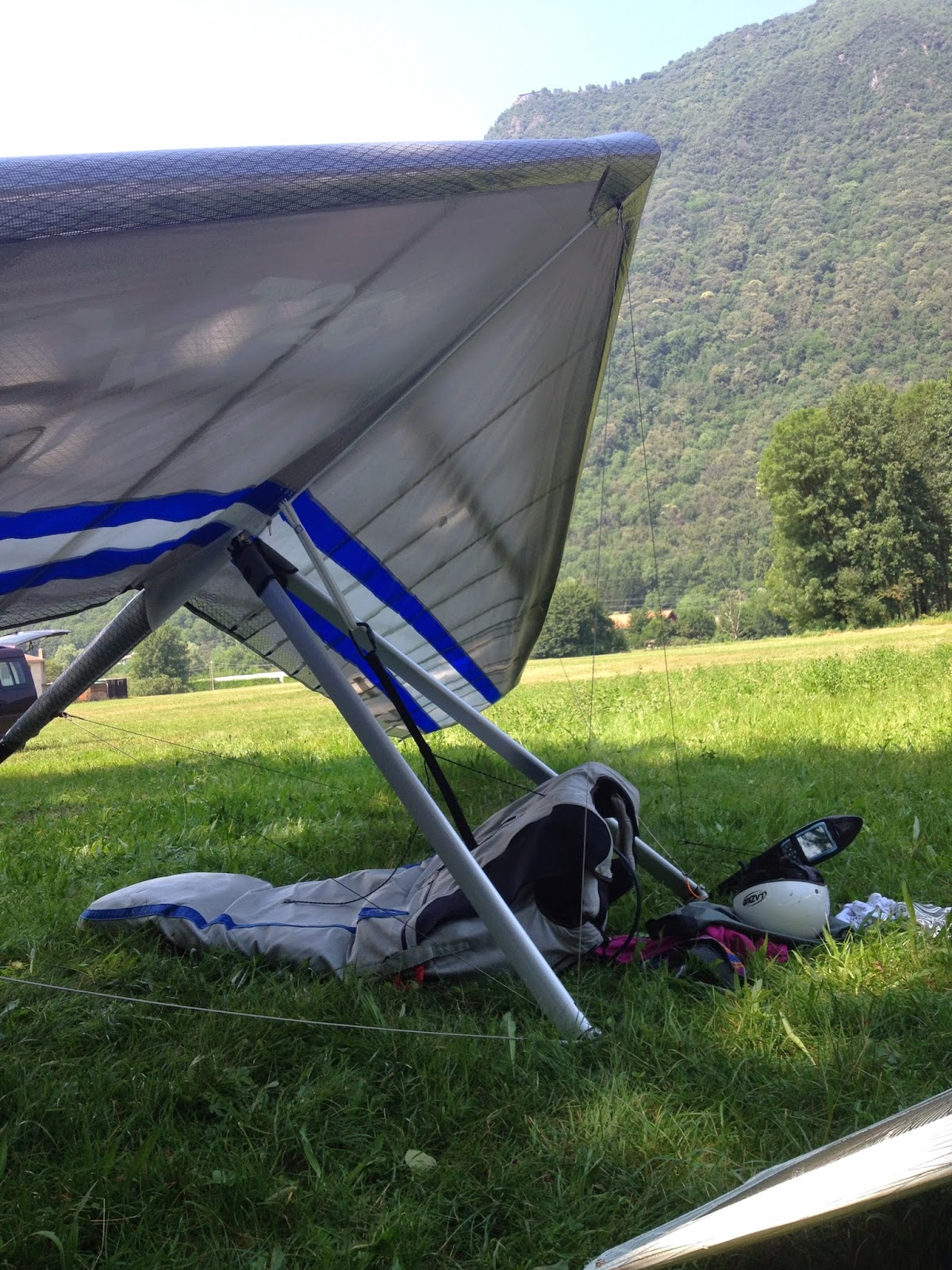 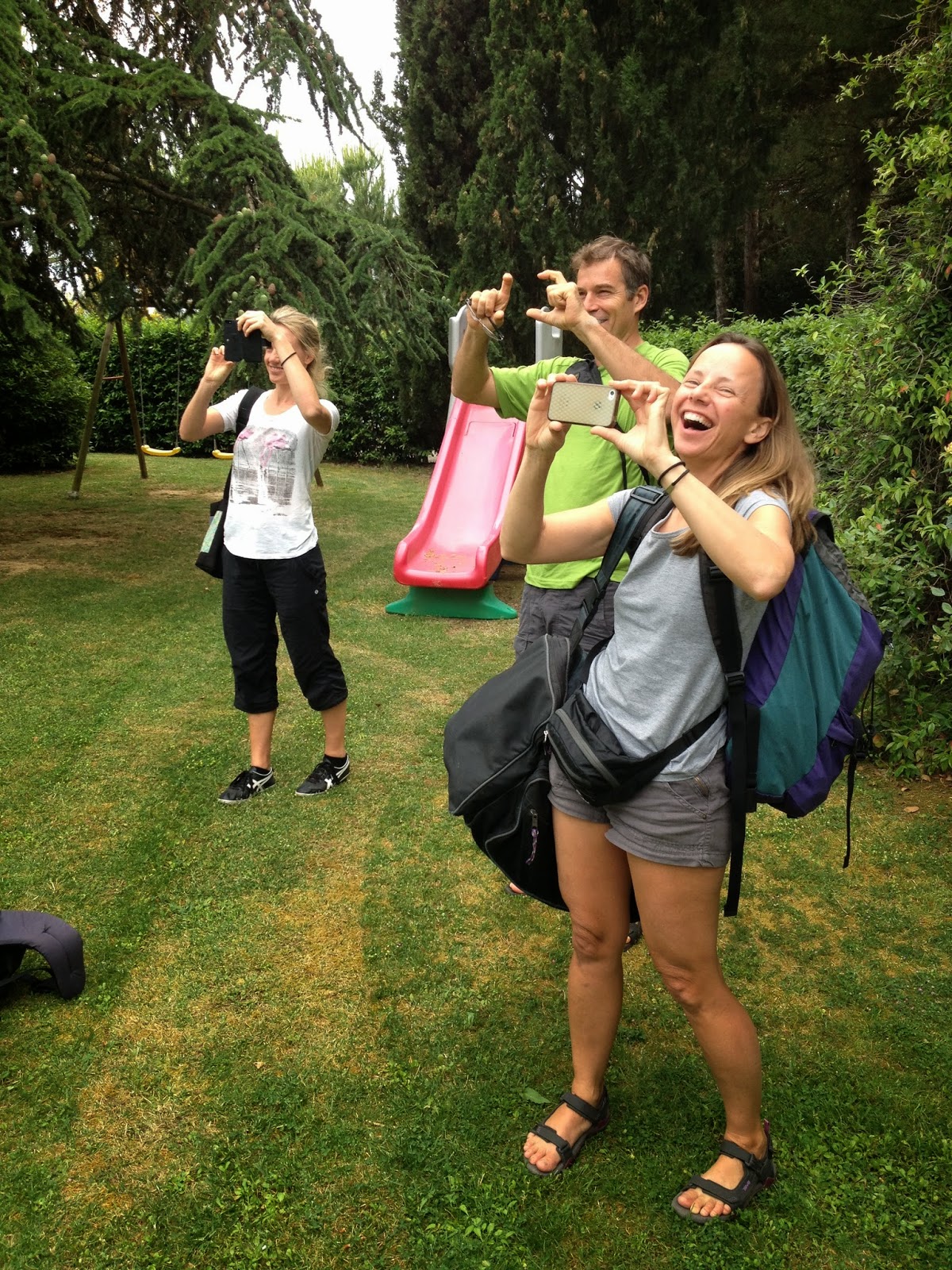 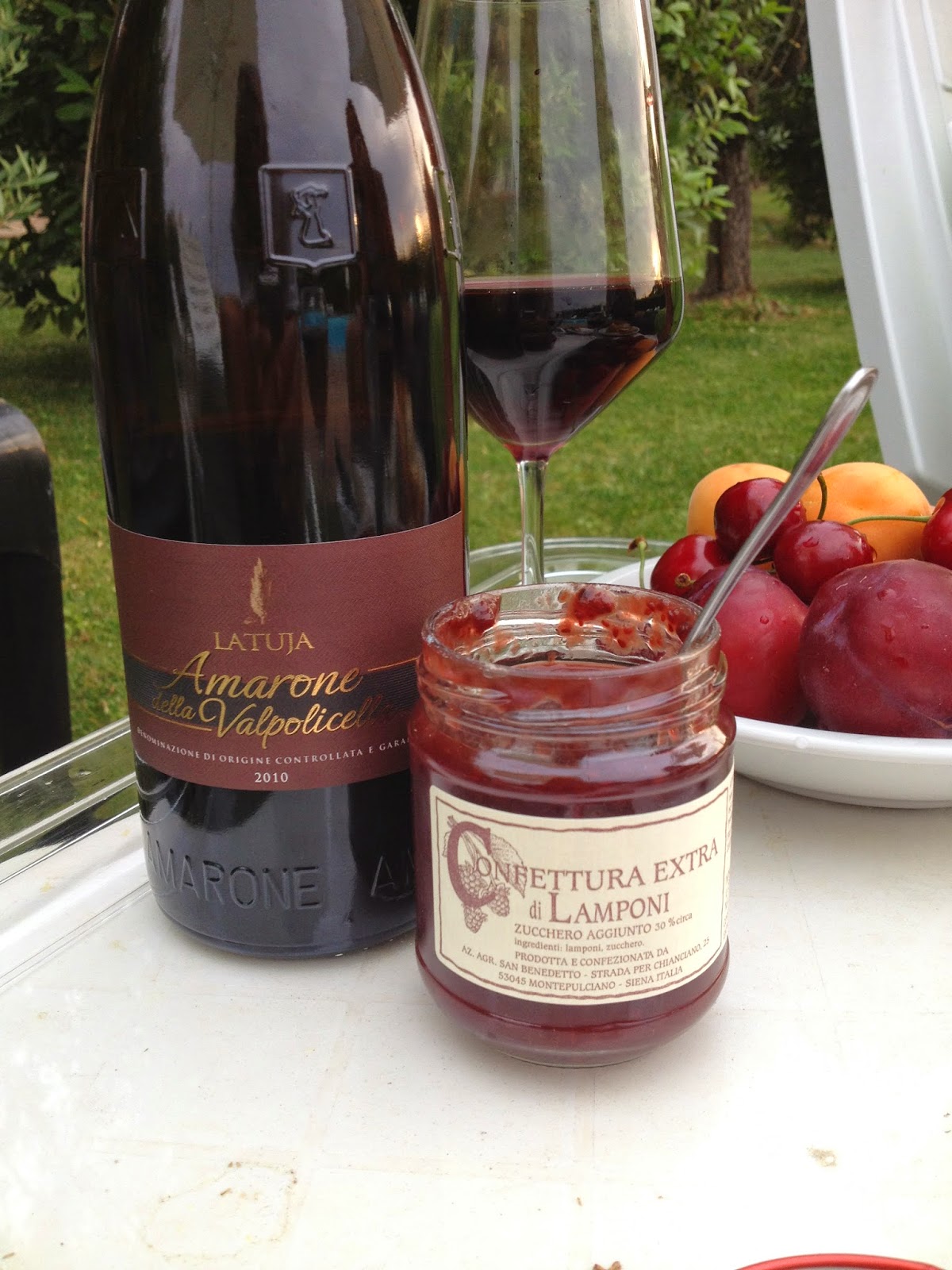 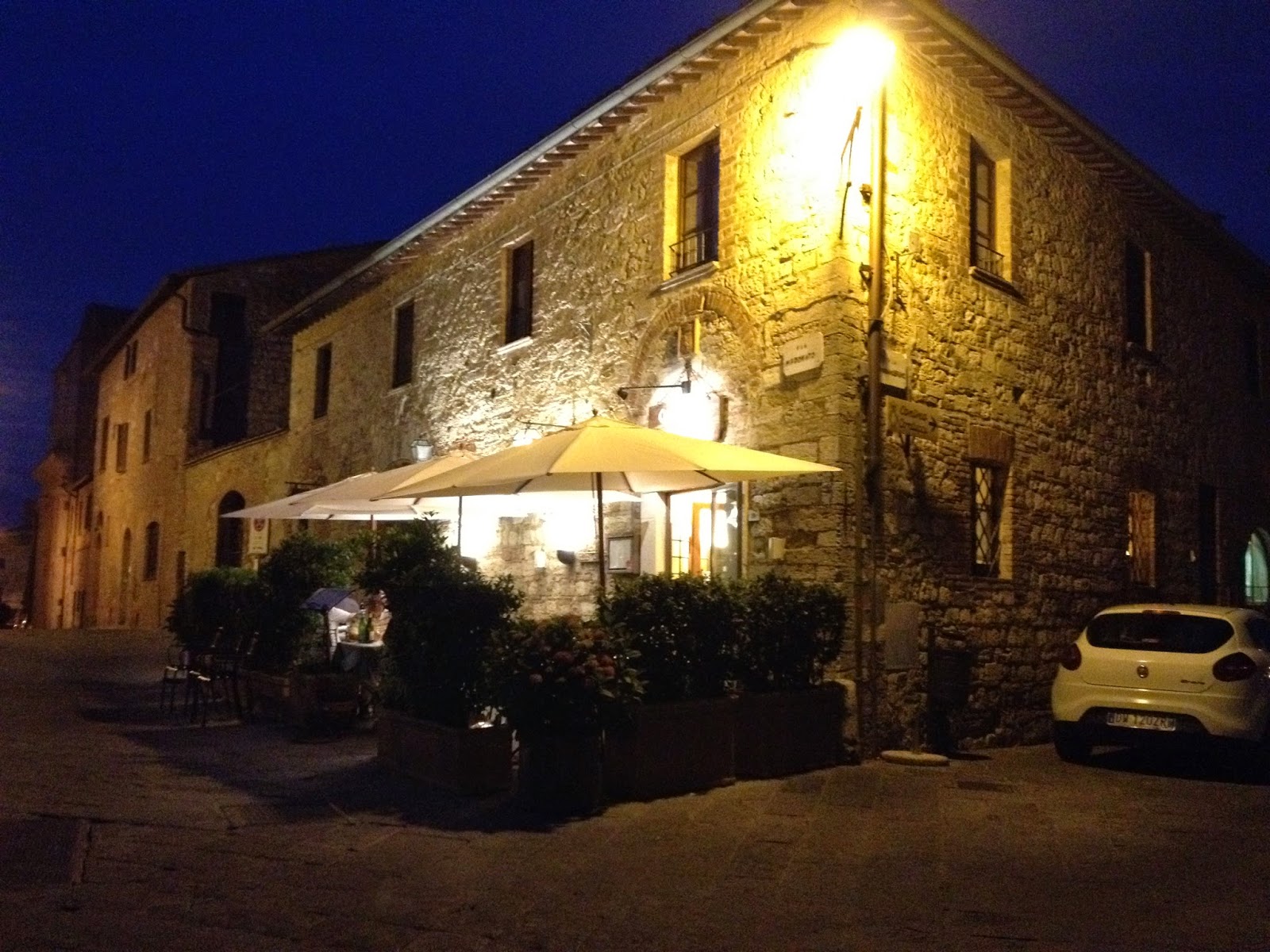 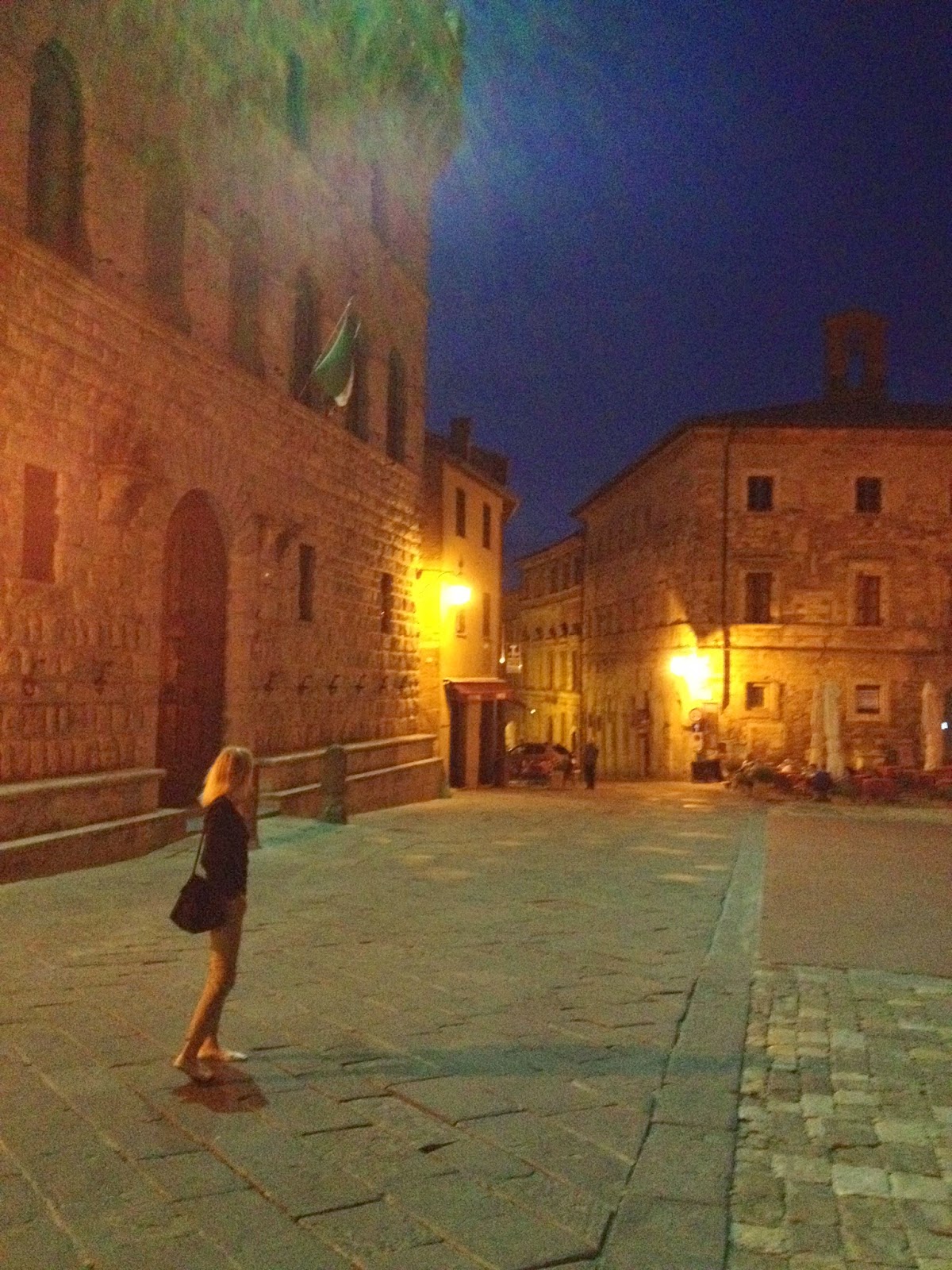 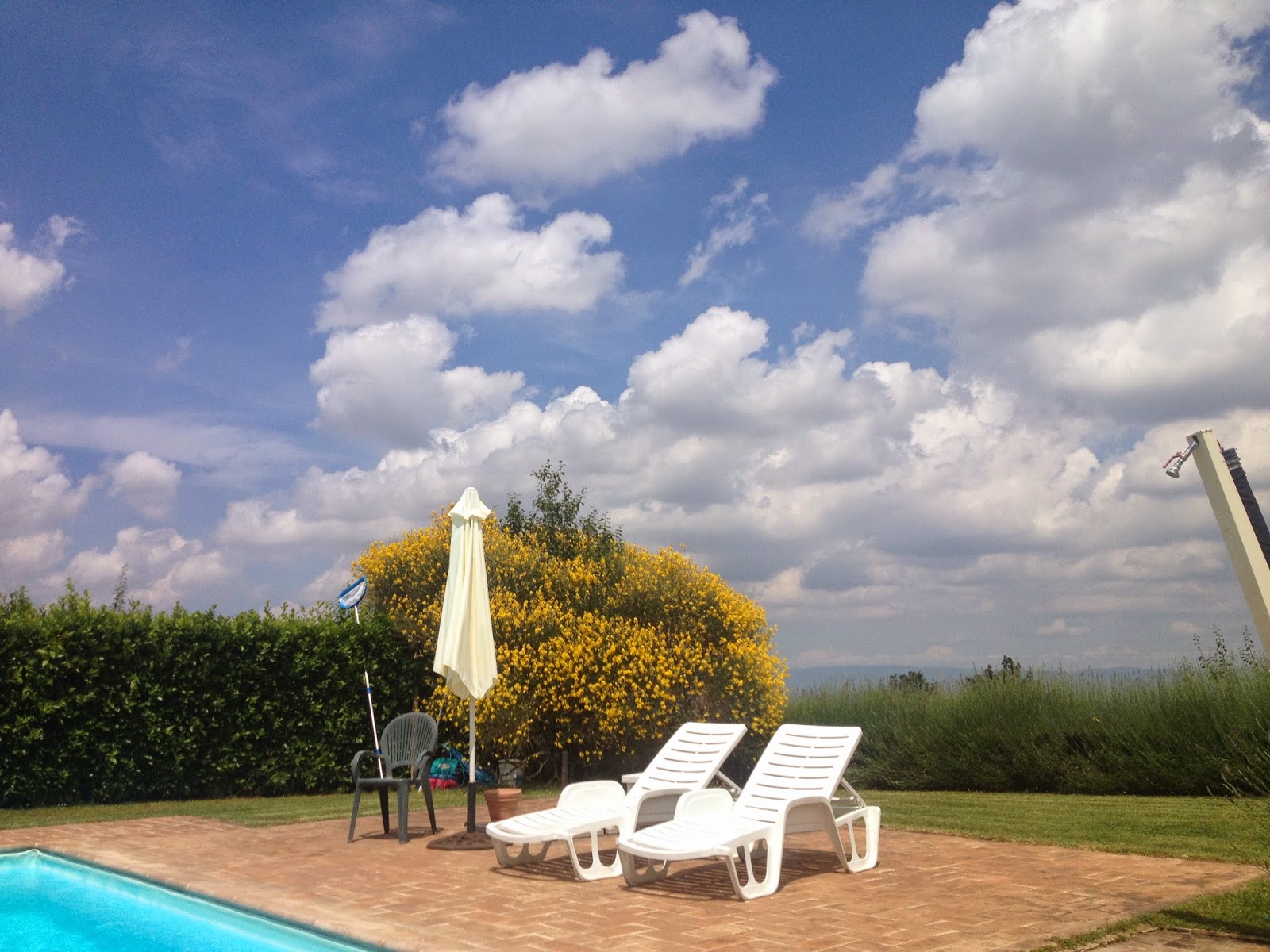