What I've Kept and What I've Thrown Away 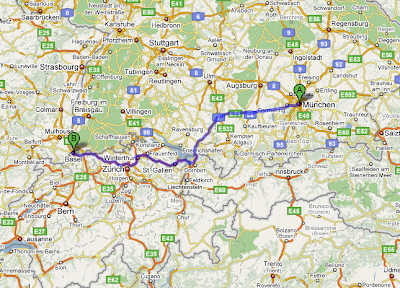 Timothy, Dustin and I arrived in Basel late this evening after a long journey from Quest.  The boys picked me up at the beach midday Monday and we drove 3 hours in mostly pouring rain to Miami.  Despite getting there three hours early, TSA took forever to unpack, open up and thoroughly inspect our gliders, so we boarded the plane exactly ten minutes after it was supposed to have left.  I don't know if it was us that slowed things down, but that started a chain reaction making us late arriving in Duesseldorf and causing our gliders (and mine and Timothy's harnesses) to miss the connection to Munich.  The story is that they will deliver everything to the airport in Geneva tomorrow where we are passing through on the way to Laragne.  Hope that really happens because I'm supposed to hop on a plane for Liverpool tomorrow afternoon.  It might be apparent that I'm a bit cranky.
I've been told I'm "daft" for flying back to Liverpool just to drive all the way to France.  I suppose I am, but hey, I've been called worse things.  The thing is, the English Channel is another one of those bizarre places that's been on my list since Jr. High School.  I often wonder if that is a particularly  impressionable age (the Jr. High years) or if it has to do with a favorite teacher of mine, but most, if not all of the odd places I've wanted to visit come from that time in my life and I have no explanation as to why I feel the need to see them....the Panama Canal, the Antarctic, the Pyramids, Nova Scotia, Bermuda, Macchu Picchu, etc.   Strange the things I've kept.  Maybe I will find the Channel silly, but it still needs to be done. 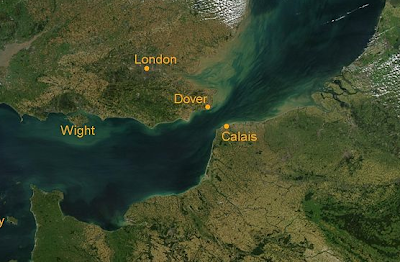 Have a look at Dover castle if you have time and the secret wartime tunnels and dont do the tunnel to France as it is boring and you won't see the white cliffs of Dover! Hope the weather plays ball for you. Been raining in France for a while now so I guess it might be getting itself out of the way:-)