The sky was looking quite nice when we drove up this morning, but it wasn't long before it started to overdevelop and turn pretty dark out in the valley along what would have been courseline.  Many launched  and stayed up in very light lift before the safety committee decided there was too much chance for overdevelopment and rain and cancelled the task. 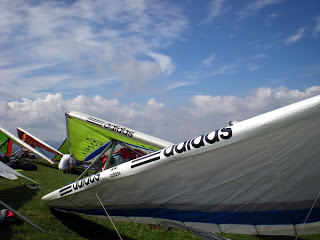 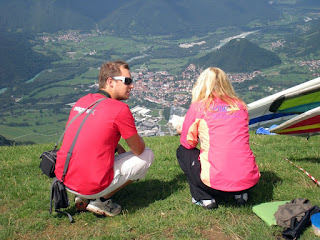 But we flew anyway.  Only in Tolmin can we land after just a half an hour and still have a giant smile.  The lift was very very light and the air was perfectly smooth for checking to see that the turn I've had is finally gone (hopefully forever!).  I also had a chance to test Carl's GoPro!! 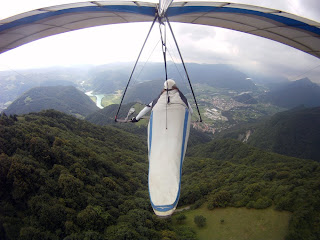 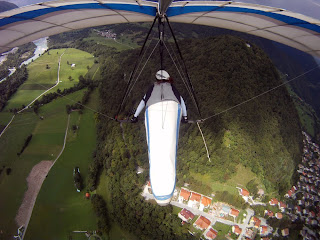 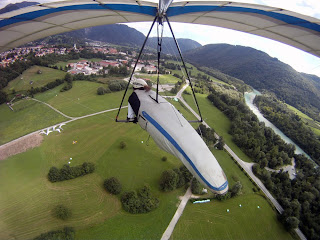 There are three Litesports in this comp....all Dutch (or with Dutch ancestors at least ;-) 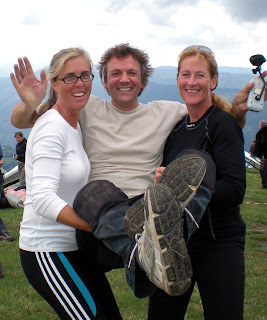