Team USA is finally getting into the groove here.  Zac seems to has found his mojo and is blazing in again the way we're used to seeing him.  Robin is ever consistent and inching his way up the rankings He is in seventh now, just 191 points out of first place.  Actually, after yesterday's task, the top 13 places are only 270 points apart, so scores are rather compressed.  Feels a bit like a paragliding comp ;-).

We've had a few interesting incidents here the last couple of days.  On Task 3 a pilot strayed one and a half kilometers into the airspace in the most unfortunate of places and ended up landing on the grounds of the Presidential Palace.  He was arrested and taken into custody for a short time. Fortunately, the PR person here at the competition happens to know people in the Brasilian Secret Service or FBI or something along those lines and managed to get him released.  On the downside - very big downside - this caused big problems for the organization who has spent a great deal of time and energy getting permission for us to land in the middle of the capital city. Because of the small risk of having the entire competition stopped and the bigger risk of having our permission to land at the Esplanada revoked, the Meet Director made the decision to penalize the pilot not only for violating the airspace with the required zero for the day, but also by suspending him from flying the next day.  The pilot is a very very nice guy and some felt the penalty was too harsh.  Many others recognize that straying so far into the airspace in this location where our permission to land was so carefully secured and tenuous warrants a strong penalty, showing the authorities that the infringement was taken very seriously.  There is concern that the incident could place the entire site in jeopardy.

The other problem we're seeing here nearly every day is that pilots are making dangerously low approaches into the Esplanada.  The landing field is actually quite large, but when 30 pilots are coming in together, things get interesting.  And, as would be expected in a world championship, pilots have the singular focus of getting there at any cost.  Each day it seems that at least one guy comes in barely above the buildings and just eeks it into the field with absolutely no margin for error. The Meet Director and the safety committee are looking for ways to solve this problem.  They've talked about having a minimum altitude for arrival at the Esplanada.  They've also discussed having the penalty for making the end of speed section but NOT making the goal field much smaller (or no penalty at all).  There is no perfect solution for regulating reasonable, safe behavior.  It would be great if pilots would take personal responsibility for that.


Here are a few Esplanada landings.  This first one is a guy that came in crazy low over the tops of the trees and power lines into the field next door...downwind, and moving very very fast across the ground toward four lanes of traffic.  He pulled off an impressive downwind landing just a few feet short of the road.  Traffic is heavy and it was just luck that I didn't get a car in this picture. Had there been a car in the picture, it would have blocked the pilot and half of his glider - that's how close he was to the road.  The tow pedestrians are on our side of the four lane road.  The picture makes it look much safer than it was. 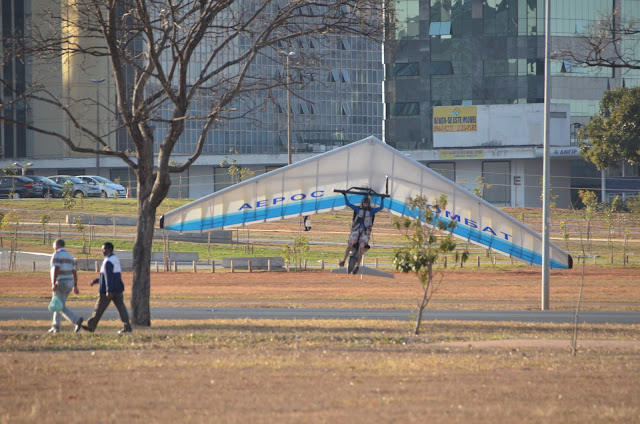 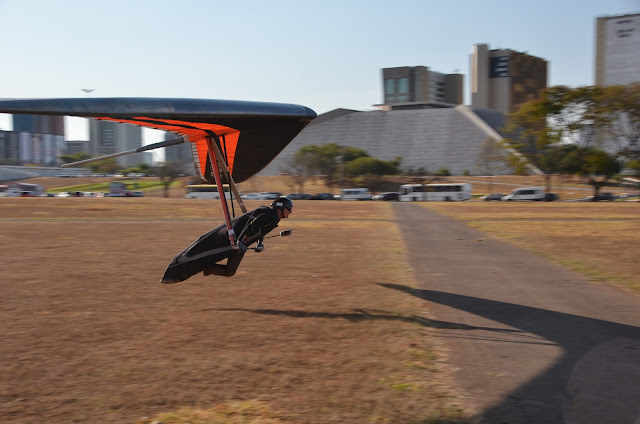 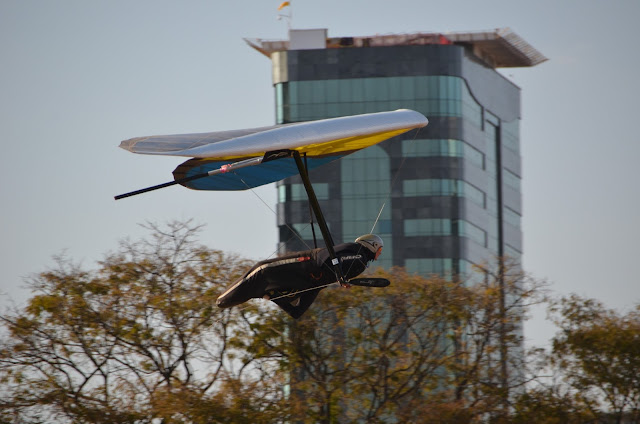 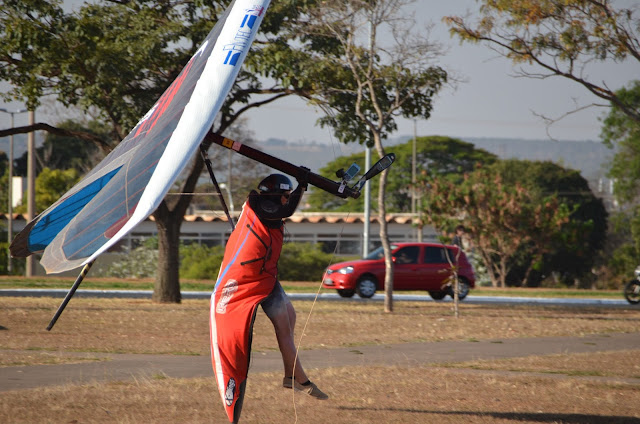 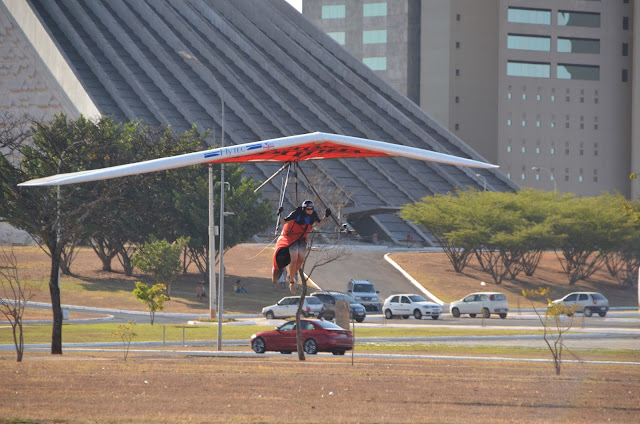