It's finally underway!  Day 1 task was a relatively short one - 104km optimized.  They put goal out on the flats, not at the Esplanada this time.  I guess for the first day they wanted to make sure everyone was all warmed up before sending them to the most challenging goal field here. 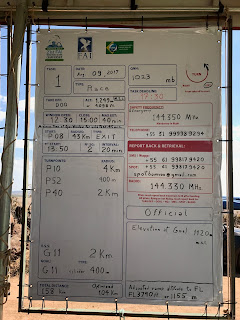 Take off was quick - 131 pilots in 45 minutes.  Conditions were perfect, blowing straight in the entire time.  Hopefully it stays that way!   We're all gutted for Wolfi who had an instrument failure and top landed to get another one, only to be told that there are no reflights :-(.  Such a massive bummer for him, but he takes it all in stride.  He re-flew anyway (just for fun) and came straight to goal to do some filming of everyone coming it.  Gotta love a kid with a great attitude.

Sitting waiting at goal we heard on the team leader WhatsApp group that a Brasilian pilot deployed his chute after an apparent midair.  The pilot is uninjured.  The other pilot flew on to goal.

In the end there were probably at least 70 or more in goal. Former world champion Alex Ploner blazed in first with several of his Italian teammates right on his tail.  I think I heard there were 5 Italians in the top ten.  We got all of team USA in to goal, but with the exception of Robin, we weren't terribly fast.  Robin was likely in the top ten.

Live tracking is HERE, but there is a 25 minute delay, so it's a bit behind the social media.  I'm tweeting from goal every day from #naughtylawyer if you want a preview of what's coming on the Flymaster site. 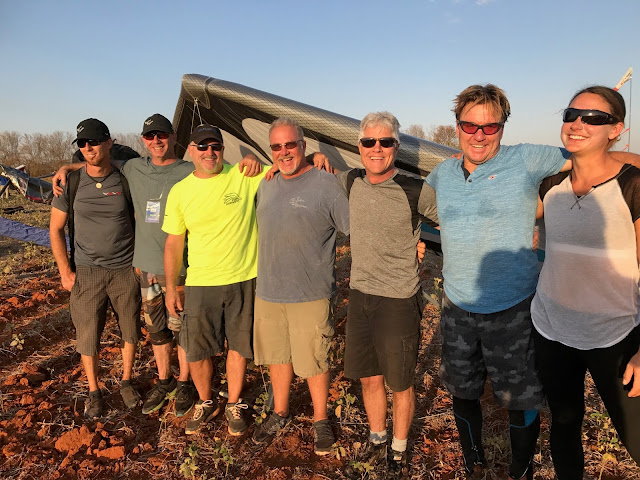 Robin is the best!! We R the Champions! Best luck and safe xx

Thanks for sharing, the US team needs to fly tactically like the Italians. Great to watch on live tracking I have been twisting and turning in my seat, I am sure the test was going up at one stage.

Looks like lots of fun is going on down there!! And what a neat place for a competition. I'm enjoying following it.