The Brasilia Worlds kicked off last night with a very energetic and super fun opening ceremony at the National Museum. The museum is an iconic white domed building in the center of the city designed by Oscar Niemeyer.  Teams were paraded down the dome's footbridge and greeted at the bottom by a Brasilian women's drum troop called Batala. They were amazing and managed to get most teams boogying down the ramp.

For once, the organizers kept the speaking to a minimum and really just put on a fun party for us. Only Dennis Pagen, jury President spoke briefly, officially opening this 21st FAI hang gliding worlds. Otherwise, we all just enjoyed the fantastic music, dancing and catching up with many friends from around the planet.  I've thought so many times that this is the most enjoyable part of any worlds....no competition stress yet and so much hope and excitement. 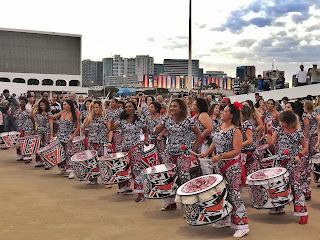 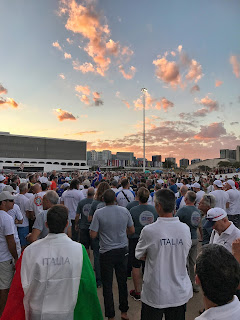 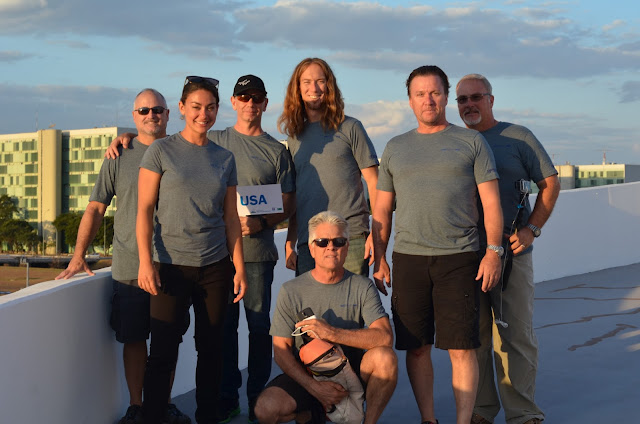 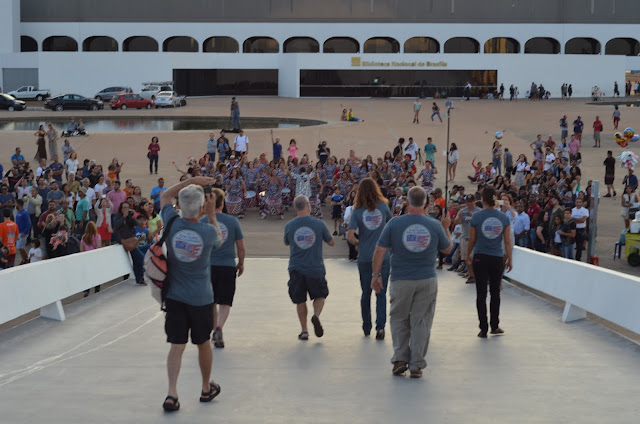 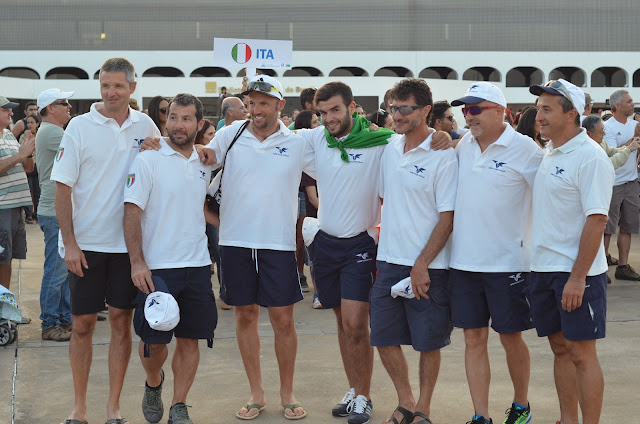 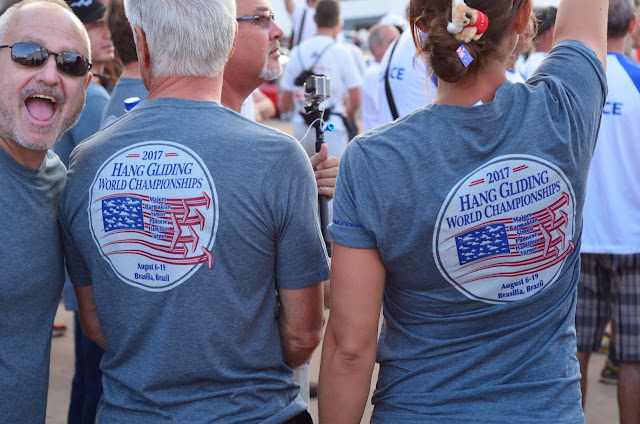 There sure are a lot of dorks in hang gliding ;-) 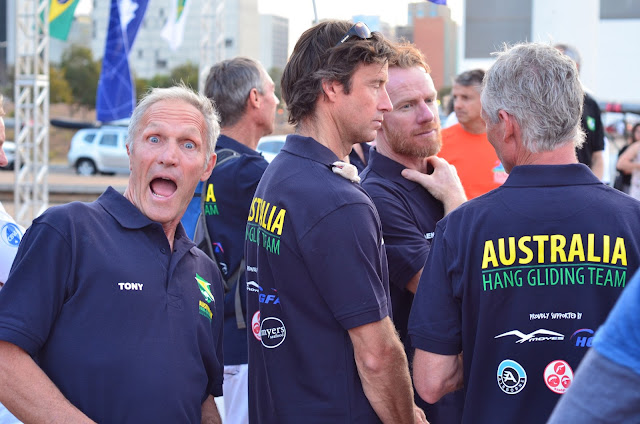 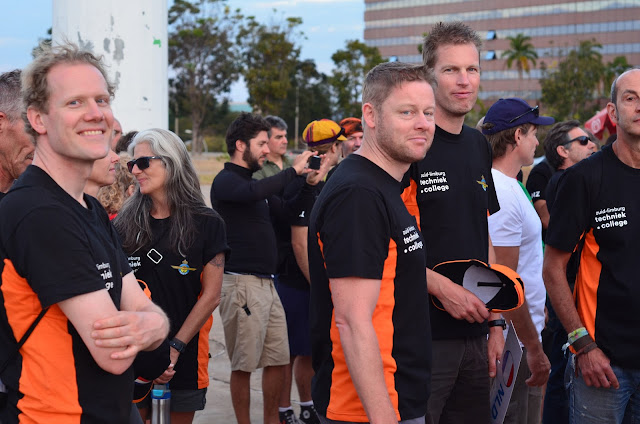 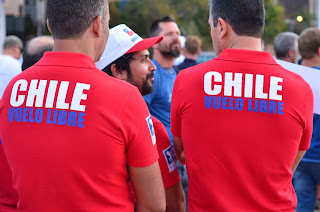 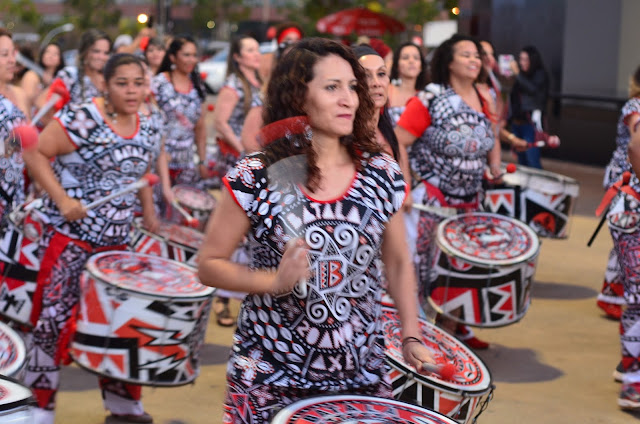 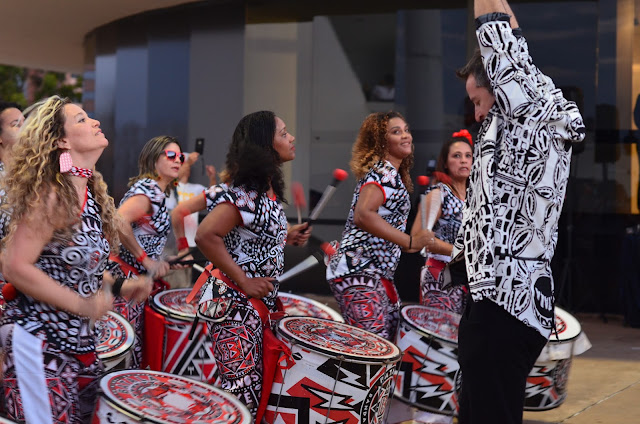 Anywhere we can get a video of the female drum ensemble?

Reminds me of the opening ceremony for the Olympics. Glad to see the sport getting recognized. May have been recognized a lot sooner had the 1st Greek contestants not made their wings out of wax. LOL