Community Day at the Airport 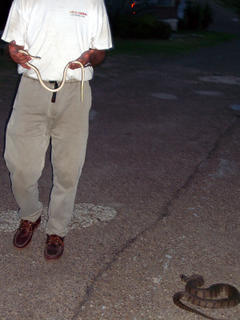 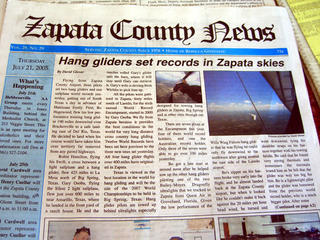 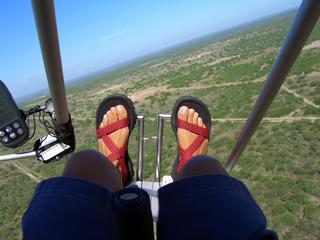 Today is community day, so we all came out to the airport nice and early. I'm not sure what for :-) A few people from town came out to watch. Pete Lehman and John Harper launched about an hour ago hoping to break Bo's new single surface record. The sky looks gorgeous, but there isn't much wind...I suppose its still better than sitting around on the ground.

I got another hour or so in the Dragonfly while the air was nice and calm this morning. I'm doing most of the landings now and getting a little better every time...haven't broke anything yet! David keeps giving me the speech about needing that Dragonfly for the Big Spring meet, so I suppose I'll be super careful.

Before the poker game last night Nelson when out snake hunting and brought a couple of nice ones up from the lake. One was a really big (well, to me it was really big....Jonny called it a "cute little guy") and Nelson said it was a Diamond Back. He also had a pretty little one that I think was a Ribbon snake. They were nice to check out from a distance.

Gary and Davis are hopeful for the early part of next week. They're saying Monday (and possibly even tomorrow) are shaping up nicely!
at 1:35 PM