I guess we didn't scare ourselves enough in the air recently, so we thought we'd try a bit more on the ground (or mostly on the ground).  There's another great via ferrata just about 50 km sound of St. Andre and a bunch of us thought we should check it out once the task was cancelled day before yesterday.
Although it was much too hot to be clinging to the side of a south facing rock at 2 in the afternoon, we went for it anyway.  I actually thought this was was even better (meaning scarier) than the one Carl and I did three years ago near Laragne.  In addition to two tight-rope style bridge crossings, it finished off with a high and fast zip line.  I would love to do it again on another day when heat stroke is less of a threat ;-) 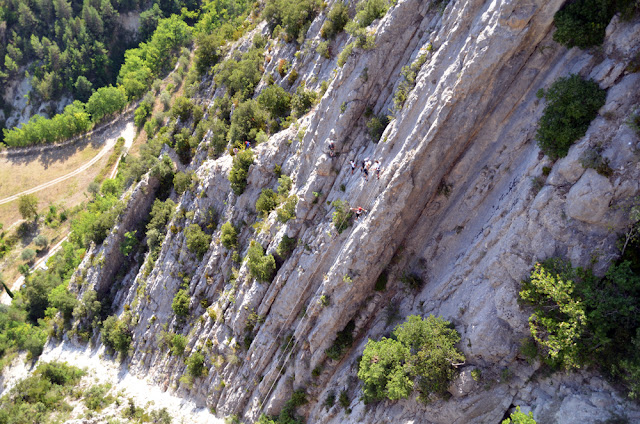 None of it looks nearly as "exposed" as it feels when you're up there. 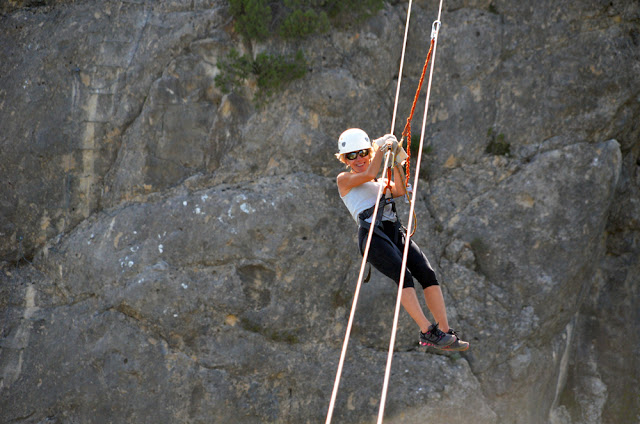 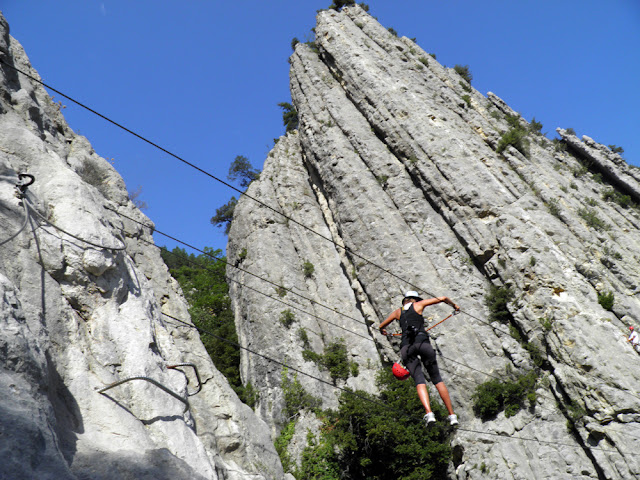 It was very slow and steady for me on the first crossing, but a walk in the park for Jem of course. 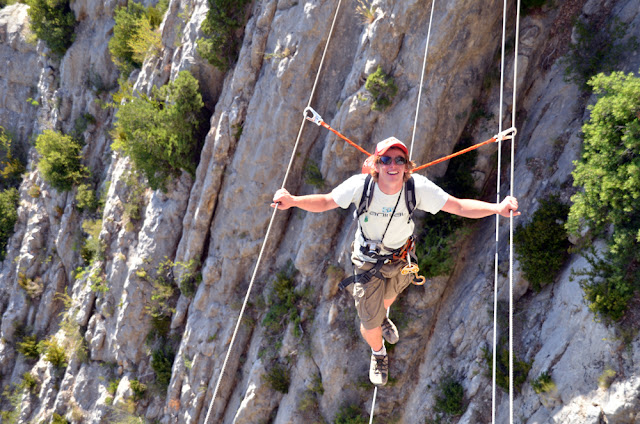 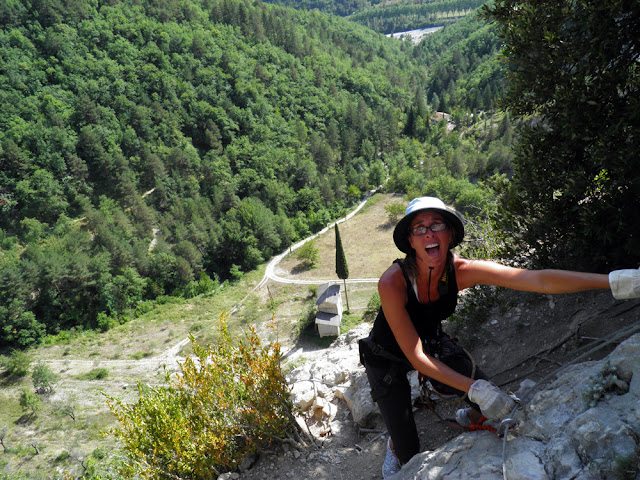 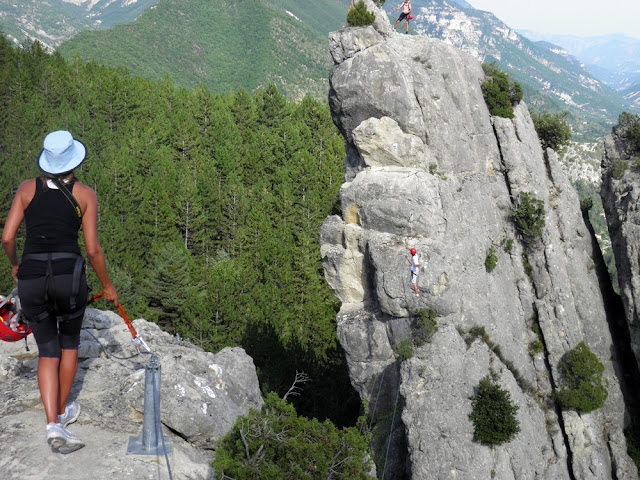