We arrived at launch this morning to find a full on construction crew...backhoe's, graders, dump trucks and steamrollers.  I so wanted to hop on the backhoe and dig a few holes ;-).  They're really serious about fixing up the launch and get this, they're building bleachers!!...not temporary, removable ones, but full concrete ones with seats and everything.
All the boys set up next to the workers who went about their business despite all of us getting in the way and spectators roaming all over the place.  They've put quite a lot of sod out along the launch and they were adding even more today and grading an area for what must be parking.  I guess overlooking a city of a million, they're expecting a lot of spectators. 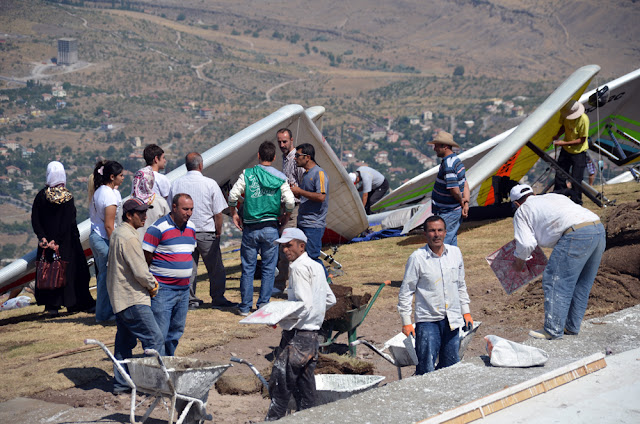 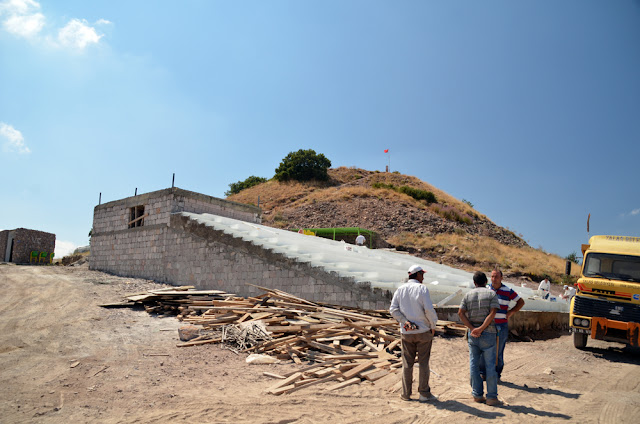 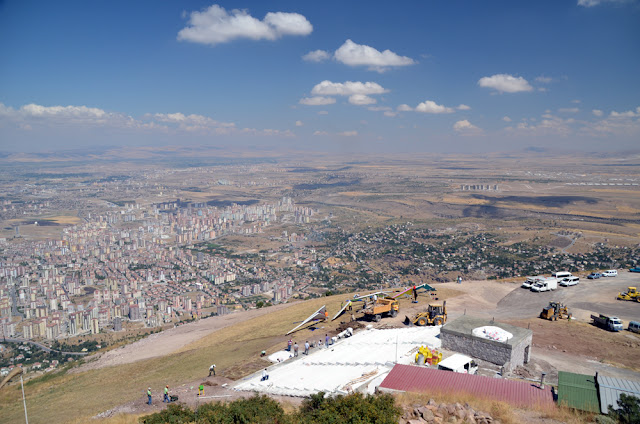 They set a 140km out and return practice task to the east.  Primoz was the closest, coming back and landing short of goal by about 25km.  He said the climbs were good and strong (and a bit rough) and he got as high as 3800 meters....coooooold!
The launch faces north toward the city which really does make a cool backdrop for a take off site.  Of course, everything out front past about 3km is restricted - military, city and the big airport, so all of the tasks will head toward the east and south for the most part. 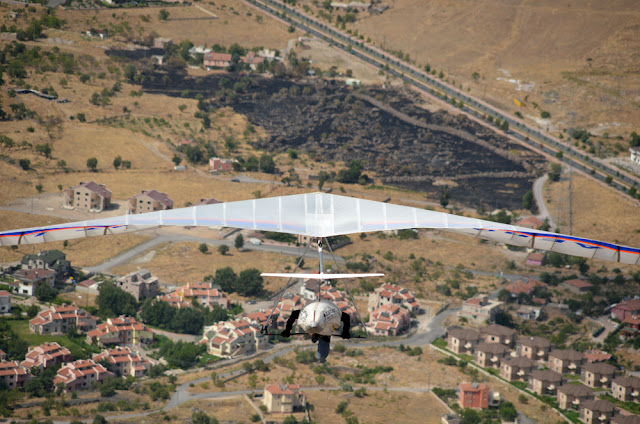 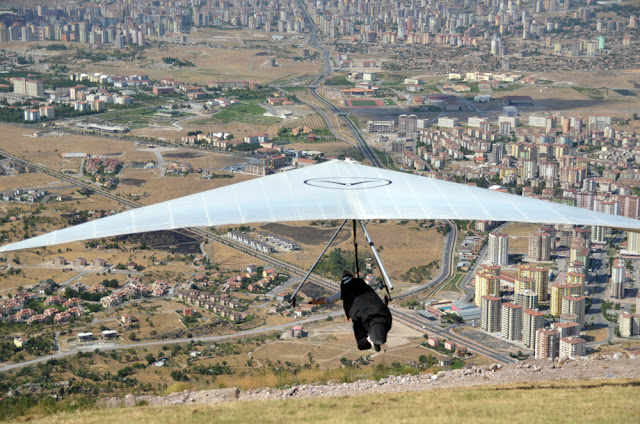 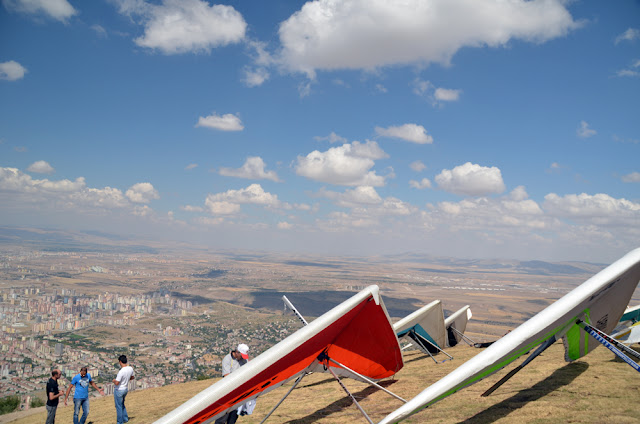 Ahh...looks like I need to try and book a place to the euros next year!
Nice!