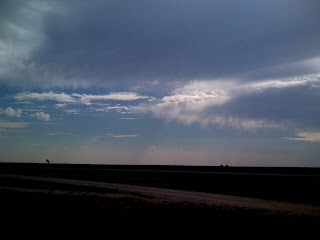 We're here at goal but the sky looks bleak....but at least it is
relatively cool for those of us on the ground. I don't think it can be
more than about 90 degrees here, which is about 10 degrees cooler than
it has been.

The radio reports are few and far between and mostly they just say
that they're low :-( I hope they make it.