The spot landing contest happened after all yestreday. Many had already short packed their gliders, but the die-hards were there for the $1000 prize money. 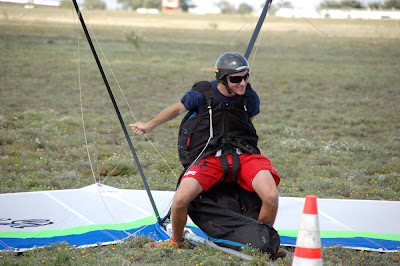 David Glover (meet organizer), Davis Straub (meet director) and Bobby Bailey (famous tug pilot/designer) all gave it a try. They didn't win the money, but they entertained us all! 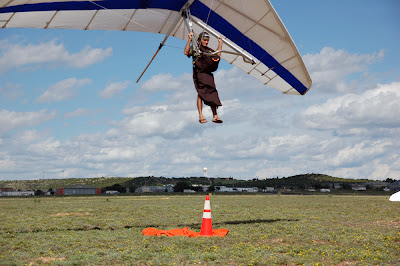 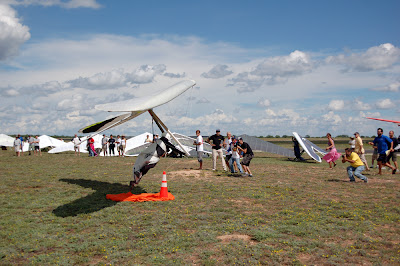 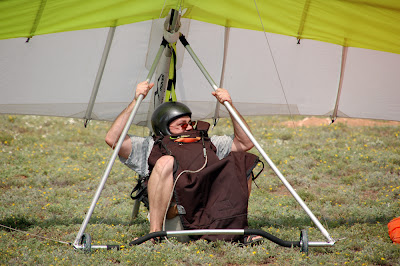 That's David on his rear end. 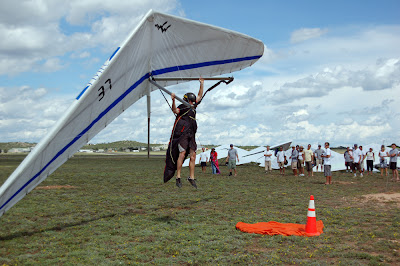 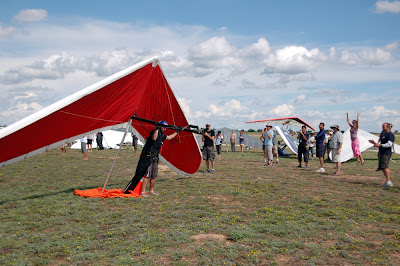 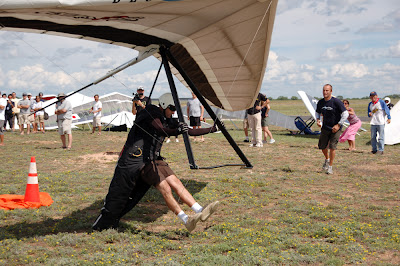 In the end it was Jonny in first, Dustin in second and Rodrigo (Mexican pilot) in third. It was really fun to see Bobby Bailey in a hang glider - have never seen that before.
at 7:42 PM