We headed off to the Subasio launch for the first time yesterday.  It's about an hour drive from Cucco - probably only 30km from the main Cucco launch, but apparently the wind is typically at least 10km lighter there.  Launch conditions were ideal and we managed to get 146 pilots airborne in just about an hour.
They set a 121 km task with five turnpoints kind of up and down and back up and down the valley.  Although the wind on launch was pretty much perfect, in the air it was blowing quite a lot (about 40km much of the day) and made for a tough task all around....only twenty pilots made goal and some big boys were conspicuously missing (Atilla, Carlos, Zippy and Dustin).  I heard the Brits talking on radio right after the start watching people go into the airspace and looking at the scores this morning, there were four pilots that got severely punished for it with zeros for the day.  That's got to hurt. 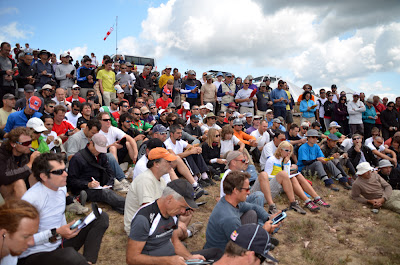 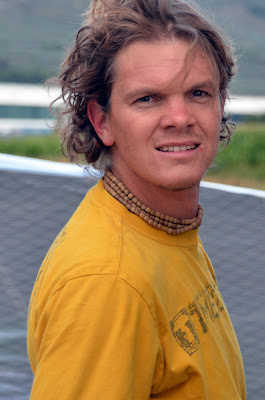 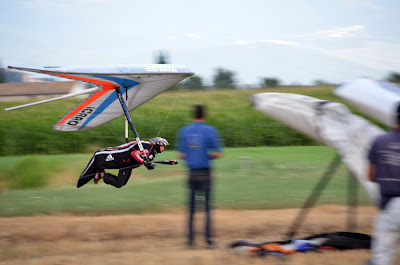 Jonny boy got stuck low and fighting the wind for a quite a while.  When I left the goal field to pick up Carlos he still hadn't arrived and many thought he wouldn't get in.  Luckily though, he managed to make it in - slow but there and it seems to have not hurt him all that much in the scores this morning.
at 2:32 AM