Amazing time at the via ferrata on Thursday.  The forecast was for rain, so we didn't even have to venture up the hill and wait wait wait for the day to be cancelled.  The Jeff's had gone out to the via ferrata near Laragne a few days ago and loved it.  Jeff Shapiro is a climber, so it probably wasn't much new to him.  But the Brits, and Rob and I  were duly impressed.  Via ferrata, I was told, translates to "iron road", which is what they have built up the side of the rock so that regular touron, non-climbing types like us can give it a whirl.  For the most part, it is like climbing a ladder - there are rungs bolted into the side of the rock.  But there were two overhanging sections that were interesting for a skinny-armed girl ;-)  Even thought it doesnt' take climbing skill, if you were to fall, it wouldn't be pretty.  I can't imagine how this would fly in the US.  Down at the shop, they had fitted us into harnesses and helmets and sent us on our way, no guide, no waiver, little instruction.  While you don't need to have a clue how to really climb, the cool thing is that you really get the sense of being exposed.  It's amazing! 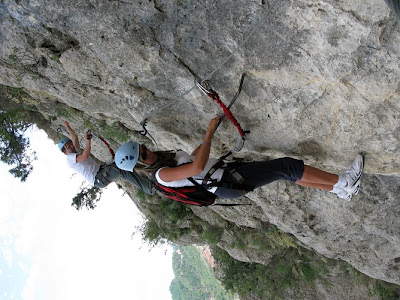 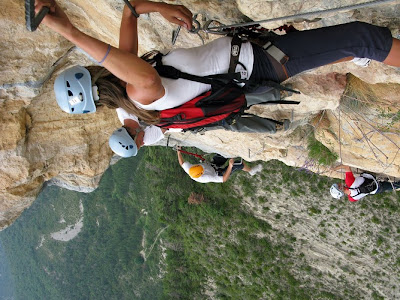 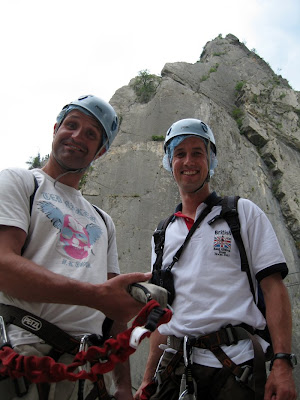 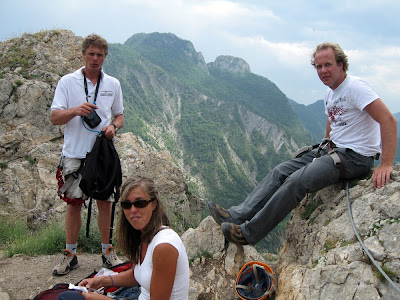 The really terrifying part comes at the end. There are two cable bridges traversing the gorge between the rock faces. The first looks somewhat harmless from a distance - it has a wood planked walkway. It's highly exposed though, so it is quite intimidating. Being afraid of heights, as most pilots tend to be, my heart was racing and all I could do was get across as quickly as possible. Then, when you think you can't be an more frightened, you work your way along side the rock face only to reach the cable bridge going back across the gorge. There was absolutely no chance of looking down on that one - all I could do was focus on Carl who had gone across first and beg him every 5 seconds to tell me I was halfway across....ha ha ha. I truly don't remember being that terrified since doing the tyrolian traveerse at Lost Arrow Spire many, many years ago. 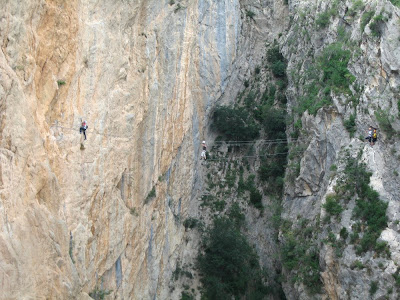 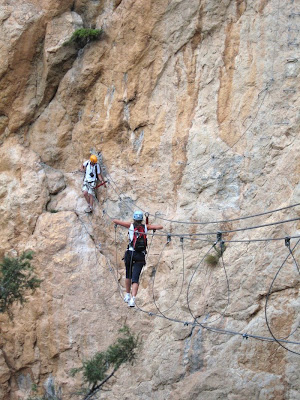 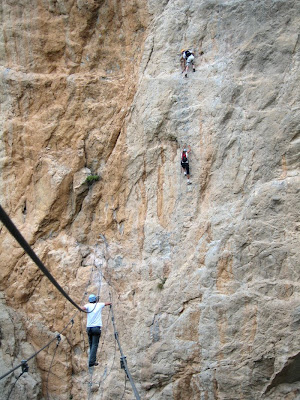 Wow!! The pics look super cool! I'm in St. Andre now, so I might think about giving that one a try if I can work up the courage ;-)