Although only 5 flex and 1 rigid made it in to goal today, from what I've heard most everyone had a fun struggle.  They called a 124km triangle(ish) task around the valley.  Turns out conditions were quite a strong as expected and cloudbase was lower than the 3000 meters predicted.  The Italians ruled the day with Elio in first and Suan just seconds behind him.   Balasz came in a bit later on the longest, worst looking glide I've seen in a while.  We all thought he had no chance of making it in. Freddie and Tullio weren't far behind him.  I think it took them all more than four hours. Suan was a happy camper. 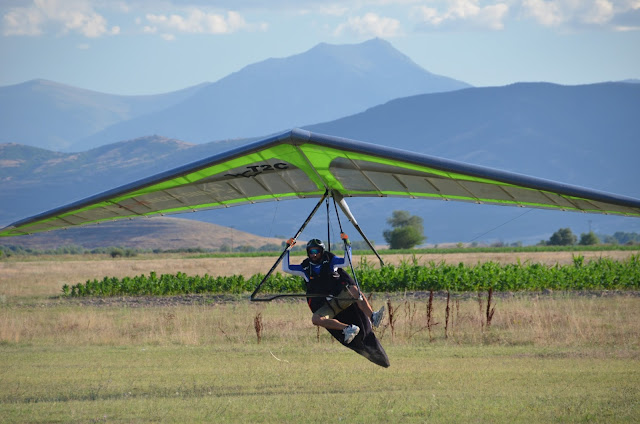 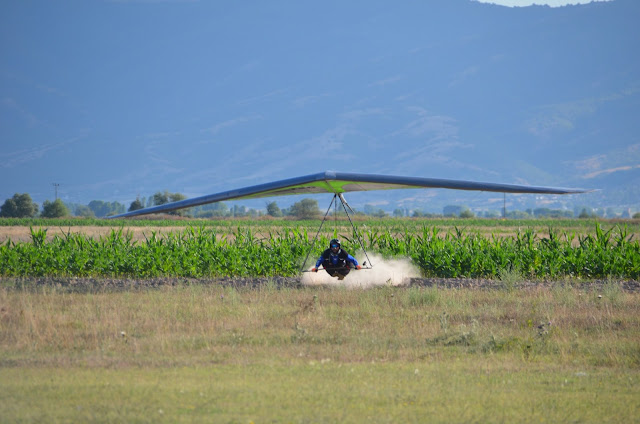